The last — and only — Asian actor to win an Academy Award in the Best Supporting Actor category was Haing S. Ngor, who took home the trophy in 1985 for his performance in “The Killing Fields.”

Ngor is joined by just two others of Asian descent who have won acting Oscars. The first was Miyoshi Umeki, for “Sayonara” in 1957. The last was Ben Kingsley, who won for his 1982 portrayal of Mahatma Gandhi in “Gandhi.”

Now, for the first time since 2010 (the last nomination of an actor of Asian descent being the part-Filipino Hailee Steinfeld’s nomination for Best Supporting Actress, for “True Grit”), Dev Patel — a British Indian actor — is looking toward one of the industry’s most coveted honors.

Patel, who is nominated this year for the Garth Davis-directed “Lion,” plays Saroo Brierley, an Indian adoptee to an Australian couple who as an adult returns to his hometown to reunite with his biological family. The role has already garnered him several big wins, including the BAFTA Award for Best Supporting Actor, and nods for the SAG Award and the Golden Globes.

After emerging in a breakout performance as the face of the Oscar Best Picture-winning “Slumdog Millionaire” in 2008, Patel has appeared in HBO’s “The Newsroom” and in films like “The Best Marigold Hotel.”

Reacting to news of his nomination, Patel told the Los Angeles Times that he is “overwhelmingly grateful to the universe” for the recognition, and that he needed “a good cry in the shower.”

In recent years, calls for increased Asian visibility on TV and film have hit highs, with whitewashing controversies like “Ghost In The Shell” and “Aloha” reminding Hollywood of the importance of diversity, inclusion and proper representation.

That conversation has hit the prestigious Oscars harder than others, with last year’s controversial #OscarsSoWhite — when the Academy of Motion Picture Arts and Sciences failed to nominate a single colored face in its acting categories — igniting boycotts. This year’s list is noticeably more diverse, with nods for Denzel Washington, Mahershala Ali, Viola Davis and Octavia Spencer.

In June, the Academy welcomed its most diverse membership class yet, extending 638 invitations — among them 80 for Asian and Asian Americans — to industry folks to come and join its ranks.

Later, the Academy’s Asian membership came together for the first time for a welcome reception for new members, where they voiced their concerns and advocated for those in the industry to mobilize and stand up for action in the face of Hollywood whitewashing and Oscar exclusion. 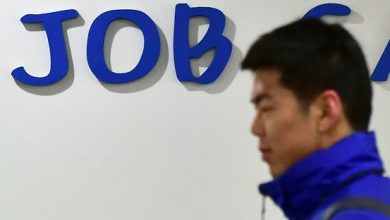 Hey, remember that time in 2009 when Texan Rep. Betty Brown suggested that Asian Americans should adopt more “American” names like her own so they are “easier to deal […]