Need more of our Winter issue cover girl Michelle Phan? Here, an insight into the woman behind the Michelle Phan empire.

On whether she considers herself a feminist:

“The definition of being a feminist has changed so much. During the ’60s and ’70s, it was burning bras and everything. I’m like, no, I love bras. They keep my boobs up. I don’t care if they were invented by men. Who cares? It’s really hard to say that I’m a feminist because the definition is still very blurred. But I tell people I’m a humanist. I believe in humanity. I believe you need both male and female to create life. To create balance, you need structure and you also need softness.”

On being the boss:

“People have this idea that when you’re the boss, everything is easy, but actually no, everything is harder. You have to have accountability for all the people you bring on. It’s a huge responsibility. People who are working a 9-to-5 job, they go there, they do their job, they go home, and they can do whatever they want. But when you’re the boss, you bring work home. There’s always going to be a sacrifice. Nothing is going to be given to you for free.

“At first, it was so hard. I didn’t get any sleep. But if you really want to start expanding your business and you really want to grow, that means you need to scale. You have to hire on people to help you. Instead of working harder, it’s about working smarter.”

“I’ve seen people become obsessed with, like, trying to get the numbers, and it’s no longer fun for them. It’s almost like they’ve become a slave to chasing the fame game. Chase your passion, not your fame. Passion will be more rewarding than fame and it lasts much longer. Fame is almost like junk food. It tastes good, but have too much of it and it becomes very distracting. Passion is like eating a healthy, balanced meal. Yeah, you might not get the instant gratification, like fame. But why would you want that validation? If you really need that validation, for people to praise you and give you attention, then obviously there are holes in your life.”

“It’s nice to breastfeed your baby, but I don’t want to see the milk coming out of the nipple and clotting up and everything. This isn’t, like, National Geographic. But the definition of oversharing is subjective.”

On whether selfies are a tool of empowerment or an act of narcissism:

“Both. There’s narcissism in it – I’ll be the first to admit it. But it’s great because you should feel confident in the way you look. You should feel beautiful and want to show the world how beautiful you are. But if you’re posting a selfie every single minute, you’re brushing along the line of becoming obsessed with wanting validation, and I think that’s unhealthy. When I share a selfie, it’s almost like a hello. I don’t take a picture of myself to ask for praises. I take it to share it with my followers. A lot of people take pictures of themselves for validation. They say, ‘Ugh, I’m so ugly. I’m not wearing any makeup,’ but obviously, they look beautiful so they’re just fishing for compliments. For me, that can be destructive.”

“Society has built it so that we have to think like we’re in boxes. If you’re a scientist, you can only be a scientist. You can’t mix science with religion and spirituality. Or if you’re a nurse, you can’t also be a football player. I saw that, and I realized, no, I don’t want to be in a box. I want to be limitless. So my whole new philosophy on life is thinking infinitely. There’s no beginning or end. Everything is a cycle. Even the plants outside come from dead cells. They used to be humans or animals. The sun comes up and then comes down and then comes up again. Having that philosophy in my head gave me a lot of peace.” 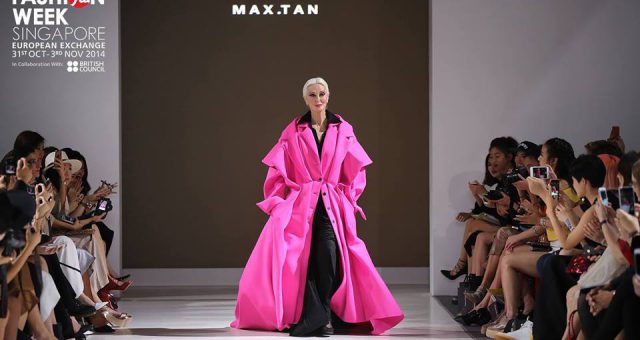 Winter trends continue on the streets of Seoul as we move towards the New Year with cozy knits, layers and oversized coats to keep out the biting chill. […]