After a successful run in China where it was released earlier this year, Wong Kar-wai’s The Grandmaster opens in the US today, August 23. The story about Wing Chun grandmaster Ip Man, most famous in the West for training Bruce Lee, stars Tony Leung, Zhang Ziyi, Chang Chen, Cung Le, and Song Hye-kyo.

Director Wong Kar-wai is known for his intense, free-falling style of filming, where the actors often don’t even get scripts beforehand. (At The Grandmaster‘s Academy screening in July, Wong joked that people think he doesn’t have a script, but really, his scripts just aren’t finished until the film is done.) The Grandmaster, which took four years to complete, is his sixth collaboration with Tony Leung.

Leung says this was the first time, in all of his experiences working with Wong, that he actually understood his character prior to shooting — only because it was based on a real person.

“I was very confident on the first day on the set, because I know who I am, so I can respond to different situations,” says Leung. “Before [in previous films], I always had [only] little hints about the character… so I would feel very insecure and frustrated. Also, [this time around,] I always felt very positive and optimistic, and I never had this feeling of calm and peace [on a Wong Kar-wai film] before.” He laughs. “Maybe because all the characters [I played] when I worked with him were very dark and suppressed – very different from this one.”

Ip Man not only had the physical skills of martial arts, but he also possessed the wisdom and the desire to leave a legacy that earns him the title of a grandmaster. To prepare for the role, Tony Leung learned kung fu for the first time at age 46, spent four years training, and broke his arm twice in the process.

He calls the opening action sequence in the heavy rain the most difficult scene he’s done in his acting career. It took 40 nights to shoot, and they shot during winter.

“We were shivering behind the camera every night after midnight, and we had to keep ourselves wet all night long,” says Leung. “We couldn’t even change our rubber-soled shoes, because if the camera sees [the dry shoes], then [the shot] would be no good.”

Cung Le, a mixed martial artist and former International Kickboxing Federation Light Heavyweight World Champion, makes a memorable appearance in that scene, though he says that by the time he showed up to the set, the team had realized they should at least provide him with a wet suit for the bottom half of his body.

His training paid off, which was confirmed both by Le and co-star Zhang Ziyi, a frequent star of martial arts films herself, on the red carpet of the Los Angeles red carpet premiere at the Arclight Cinemas in Hollywood.

“I couldn’t tell that it was his first time doing [a kung fu film],” says Zhang, who also trained for eight hours a day and had three different masters teaching her various kung fu skills. “He’s such a great professional actor, and he made everything easier.”

“It was a really demanding and exhausting journey,” says Leung, who is proud of the team behind the film. “Everyone [did] their best.”

The Grandmaster is currently playing in Los Angeles and New York, and it will be released nationwide on August 30. 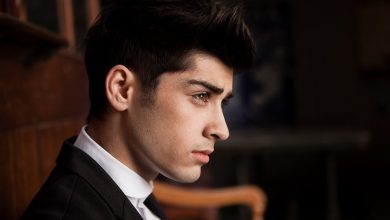 Hearts all around the world can be heard breaking. Well not really, but according to my facebook newsfeed, there is certainly a great deal of sadness. One Direction’s 20-year-old […]