Korean rock band YB is planning to make a splash on the U.S. music scene as they prepare to perform at the South by Southwest (SXSW) Music Festival and an intimate showcase at Hollwyood’s famous rock club Whisky a Go Go later this month.

Led by the charismatic vocalist Yoon Do-hyun, YB is one of the most famous rock bands in South Korea, as they have sold more than 2 million albums and performed at more than 100 live concerts, including a European tour. After making their U.S. debut at New York City’s B.B. King’s Blues Club in 2006, the band has gone on to headline several rock festivals. In 2007, YB became the first Korean band ever to perform at the famous SXSW Music Festival in Austin, Texas.

Last year, the band released their first English single Cigarette Girl in February 2014. Now, YB is set to return to the States and release an English-language album in June under the management of a team of rock music veterans: Phil Q, Jonathan Platt, William Pyon, Jonathan McHugh and Robert Lennon. This will be the band’s first major step towards breaking into the U.S. music market, as they approach their 20th anniversary.

YB will be performing a couple of songs from their upcoming album at Sunset Blvd.’s Whisky a Go Go on March 14 at 8 p.m. Tickets can be purchased at the door or online at ticketweb.com. The band will also be performing their new songs at the 2015 SXSW Festival on March 20 for the Ktown Cowboys Showcase and at the V-Rox Showcase at the Lucille on March 21. 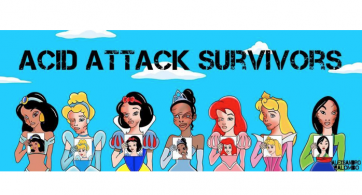 For some people, the idea of an acid attack is far too cruel to even fathom. But for the 1,000 women who are attacked with acid every year in India, […]