Prominent artist, musician and peace activist Yoko Ono turns 89 next month, and what better way to celebrate her continuous influence on the music industry than a tribute album?

Other artists featured on the album include U.S. Girls, David Byrne, Yo La Tengo, Sharon Van Etten, The Flaming Lips, The Magnetic Fields’ Stephin Merritt, Sudan Archives, We Are King and Amber Coffman.

“It is my sincere hope that a new crop of Yoko Ono fans fall in love with her songwriting due in some small part to this album we have put together,” Gibbard explained in a Jan 5. SPIN article.

Gibbard will also join veteran music journalist Jenny Eliscu to host an exclusive podcast titled “Ocean Child: Songs of Yoko Ono,” which will serve as a companion piece discussing Ono’s musical legacy as well as the effects she had on the artists featured on the album and the industry as a whole. The podcast will release at the same time as the album.

You can read the full tracklist via SPIN and check out the first released cover from the album, “Who Has Seen The Wind?,” covered by  David Byrne and Yo La Tengo, down below! 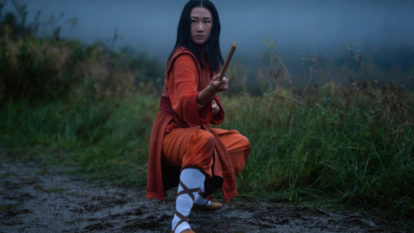 Resurrected by The CW channel after more than 40 years, the new series packs a punch and a whole lot of heart.