Right now in Hollywood, it’s pilot casting season and (much to our delight) a lot of Asian American male actors are making headlines. Could this be the turn of the tide? Can we finally turn on the TV and regularly see Asian characters? We’ll have to wait and see. Although a number of shows have released information about their pilot, we will all have to wait until May for broadcast network channels to decide which shows to pick up and put on television. Needless to say, we have our fingers crossed for the shows which can bring forward Asian faces.

Apart from Daniel Wu’s Badlands, which has already been ordered directly to series by AMC, it is possible that none of the other pilots mentioned below will be picked up, but the rise in Asian American male actors being casted definitely gives us hope. Furthermore, they are being cast in roles that are substantial supporting roles or even leads. After all, it’s not just visibility that matters, but also the quality of representation.

Hopefully, we will hear about more pilot castings for talented Asian American actors in the upcoming months. For now, it’s heartening to see strides being made.

First up, there’s Hong Kong star Daniel Wu with his martial arts show Badlands, which cable network AMC has already ordered direct to series. Based very loosely on the Chinese tale Journey to the West, Wu stars as a “ruthless, well-trained warrior named Sunny” who goes on a journey with a young boy to find enlightenment. Wu will also serve as executive producer on Badlands. Only limited information about the series has been released, but we are definitely going to check it out once it airs on AMC.

Before Ken Jeong popped out of a trunk in The Hangover series, he was a practicing doctor by day at Kaiser Permanente and an aspiring comedian at night. Now ABC has greenlit his comedy pilot Dr. Ken, which Jeong is set to star, write and executive produce. According to Variety, Jeong will “play a frustrated HMO doctor juggling his career, marriage and parenting, but succeeding at none of them.” If this gets picked up, perhaps ABC could form a one hour Asian American comedy block with Dr. Ken and Fresh off the Boat?

Brian Tee has been in a lot of movies and TV shows such as The Fast and the Furious: Tokyo Drift, The Wolverine and the upcoming Jurrasic World movie. Now, he has been cast for the NBC pilot Love is the Four Letter Word, created by a fellow Asian American writer Diana Son. According to Deadline, Love is the Four Letter Word “chronicles the collision of race, sexuality and gender roles when three diverse couples put modern marriage to the test. Tee plays Adam, half of one of the three couples, a big, handsome man who is currently dating Sarah, a fellow attorney who shares his taste for sexual adventure, including three-ways with beautiful women.” Asian Americans in lead roles in front of and behind the camera? Plus an Asian American male character who shatters the emasculated, subservient Asian male stereotype? We are swooning already.

It’s no secret that Daniel Henney is an Audrey favorite, so we are thrilled to hear that Henney has been cast in a Criminal Minds spinoff. According to Deadline, “the proposed spinoff follows FBI agents helping American citizens who find themselves in trouble abroad, with Gary Sinise playing their boss, Jack Garrett. Henney will play charming family man Matt Simmons, an army brat who grew up abroad and really embraces the opportunity to explore different cultures. But first and foremost, he is the kind of guy you would follow into battle, and his split second profiling skills honed on the battlefield make him a crucial part of the team.” Henney joins an illustrious cast that includes Tyler James Williams and Emmy-award winner Anna Gunn.

For those of you who didn’t see ABC’s shortlived critical darling Trophy Wife, Albert Tsai played the breakout character Bert, who was considered by many to be the best part of a very good show. Although the show was cancelled after one season, Albert Tsai is moving on and has been cast as Ken Jeong’s son in the Dr. Ken pilot. Another Asian American family on an ABC sitcom? Just maybe. Is it too early to start the petition for the Fresh off the Boat/Dr. Ken crossover? Probably not. 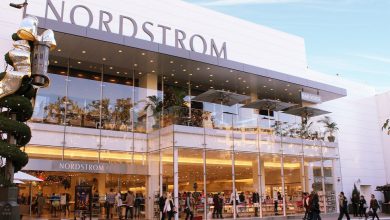 There are a number of things you can do to celebrate Lunar New Year, but if shopping is your cup of tea then this is the event for […]