Now, they’re working on their biggest project yet.

Founders Wesley Chan, Ted Fu and Philip Wang announced their plans for their first feature film earlier this year, and after blasting past their initial goal of $200,000 on indiegogo, the principal cast was released last week.

In the film we follow two couples who are experiencing different challenges in their relationships. Seth and Haley are two high schoolers who are registering their relationship for the first time, and Ben and Sara, a former couple in their mid twenties who must meet again to settle an old report.

Through these two stories we are going to explore how love changes over time, and how to believe in your heart again after it’s been hurt.” 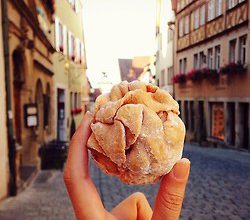 There is always that one person in your group of friends who, at meal times, just has to furiously snap pictures of whatever tasty plate has just been delivered to the […]