Another Korean show is getting the Hollywood treatment.

According to The Hollywood Reporter, ABC is planning to remake the fantasy Korean drama series My Love From Another Star. The network has already made a script commitment with penalty, which means that the writer will be paid a fee if the pilot is not produced.

Airing from December to February in Korea, the original series starred Kim Soo-hyun and Jun Ji-hyun, who won the grand prize at this year’s Baeksang Arts Awards. The drama was incredibly popular all over Asia, especially in China, where the show accumulated more than 2.5 billion streams during its three-month run.

ABC describes their remake as an “epic supernatural love story about a world-famous pop star, Lark, and her anti-social neighbor, James, who happens to be from another planet.” When James receives a premonition of Lark’s murder, he reluctantly intervenes in the haughty starlet’s life and inevitably falls in love with her — just as he finally gets the chance to return to his home planet, according to THR.

The creator of the original series, Park Ji-Eun, is reportedly on board to executive produce alongside Moon Bomi of HB Entertainment, the production company behind the Korean format. HB Entertainment and EnterMedia Contents will also be producing the ABC adaptation in association with Sony Pictures Television. In addition, the writing duo Elizabeth Craft and Sarah Fain (The 100, The Vampire Diaries, Dollhouse) will pen the scripts and exec produce.

My Love From Another Star is the latest Korean show to be adapted for this year’s development season. CBS is currently adapting the Korean medical drama Good Doctor while NBC is working on the remake of the variety show Grandpas Over Flowers.

My Love is available in its entirety on DramaFever. Below is a clip of the original Korean pilot: 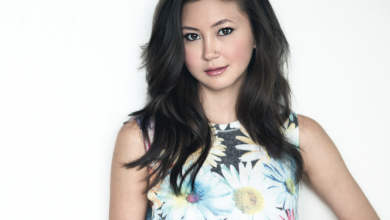 Orange Is the New Black, Netflix’s trailblazing prison dramedy, which just released its second season, highlights a multiethnic cast, as well a variety of gender and sexual identities. […]