Think back to any teen drama, and you’re sure to recall a few quintessential social cliques. There are athletic football jocks, bookworm nerds and band geeks. But few groups are as iconic in the genre as cheerleaders, known for serving up both devastating one-liners and incredible acrobatic feats.

Canadian actress Erika Prevost is the latest to take on that sequined mantle in “Dare Me,” premiering Dec. 29 on USA. Prevost has been steadily picking up roles in the Canadian acting scene for the past five years, since she first appeared in “Step Up: All In,” and went on to land a recurring part as Sloane in the award-winning TV show “The Next Step,” which centers on a dance crew with dreams of winning a national title. And in case you were wondering, Prevost’s on-screen moves aren’t just for show. She first started taking hip hop classes at the age of 14, and hasn’t strayed far from the performing arts since.

“I always loved performing and grabbing people’s attention,” Prevost says via email, her cheerful, bubbly personality palpable even in writing. “I started working professionally in the field at the age of 17 and was determined to have a career in it. It’s actually dance that led me into acting, because one of the jobs I booked as a dancer required me to act. Then I fell in love yet again!” Prevost went on to study acting at the National Theatre School of Canada—alma mater to “Killing Eve” actress Sandra Oh, among other notables. “It makes me proud to be between the same four walls she was once in,” Prevost gushes.

Like Oh, Prevost is also using her dance skills to step up her acting. In “Dare Me,” based on Megan Abbott’s bestselling thriller novel, a high school senior gears up to take revenge on her former clique. Though Prevost jokes that she herself is more of “a grandma, usually in bed by 10pm,” she portrays party girl and talented cheerleader Brianna Bradley on the show. “Doing motions were a breeze for me, but it’s the stunts that were the real challenge,” Prevost says. “The technique is completely different, but the sense of rhythm and the idea of keeping a pulse was something I was already familiar with due to my dance background, so that was of huge help.”

The series focuses on a catty group of teenage girls, but Prevost’s experiences working with cheerleaders on the show were much more pleasant. “The majority of our cast are real cheerleaders, and they were so generous with their help all throughout the rehearsal period and shooting,” Prevost says. “It made the whole experience that much easier.”

Prevost also emphasizes that the value of “Dare Me” goes beyond frenemies and face paint. The series’ diverse casting and storylines carry a strong message for young women, who will more than likely compose much of the show’s audience. “Through the coach’s experience as a successful woman who is also a mother, and through the cheerleaders’ experiences as young women navigating their identity and relationships in high school, this show depicts the raw and unfiltered reality of being a woman in different stages of life,” Prevost says. “It shows women’s strength and capability, without shying away from their faults.”

In addition to “Dare Me,” Prevost appears in Freeform’s new “Party of Five” reboot, premiering next month on Jan. 8. But she’s also staying true to her theater roots, and exploring different stage roles as she finishes up her final year in school. “I recently did a play where I spoke Japanese,” Prevost says. “Portraying culturally specific roles is a necessity, of course, so people of all walks of life can recognize themselves on the screen and onstage. But I’ve recently realized how important that is for my own growth and fulfillment. That experience opened up my eyes to a need I didn’t even know I had.”

It looks like Prevost’s screen and stage careers are on the fast track, but the actress says that she’s not letting it go to her head. Though she plays a self-assured teenager, she’s staying humble, regardless of what’s going on around her. “This milieu is beautiful, but it’s also extremely noisy,” Prevost says. “I want to always remind myself to stay grounded and true to myself, no matter the circumstances I’m in.” 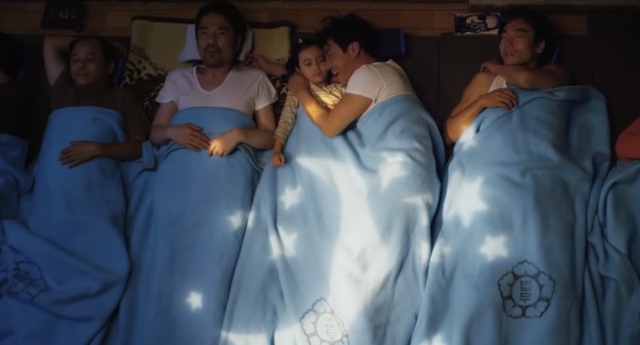 Some families deck the halls for the holidays. Others feast on roast duck and dumplings. Family bring us together, but culture can sometimes set us apart. For Asian Americans, […]