He is in TBS’ upcoming series “Miracle Workers,” set to debut Feb. 12. The show makes a workplace comedy out of heaven (or, via the show, Heaven Inc.), and miracle workers out of its angels.

Eliza is assigned to the Department of Answered Prayers, where Craig has tried — and failed — to handle all of humanity’s prayers. Together, they set out to help two humans fall in love. Meanwhile, God “has pretty much checked out and is ready to move on to his next project,” according to TBS.

Viswanathan is best known for playing Kayla, a teenager set on losing her virginity, in last year’s comedy film “Blockers.” Soni is most recognizable as Dopinder, Deadpool’s cab driver, in the “Deadpool” franchise.

The series is based on the book “What in God’s Name” by Simon Rich. 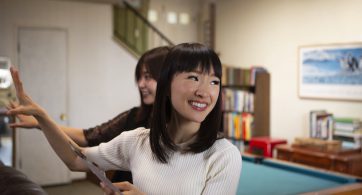