Growing up with a diverse group of friends, I’ve always wondered what kind of weddings we would each have, especially since weddings often reflect a couple’s personality and background. As my interest in event planning and wedding photography grows, I also want to explore the unique rituals and attire of different cultures.

While this list barely scratches the surface of each culture and its wedding traditions, it was interesting to see both the similarities and differences in wedding attire throughout Asia. All are beautiful in their own ways and certainly rich with history.

How sweet would it be if you got to pick out your betrothed’s wedding attire, the first clothing they wear as you begin a new life together? A Bengali wedding embodies many traditions and characteristics of the Bangladesh culture and history. One of these customs has the bride’s family gift the groom with the wedding attire, which includes a Jore (a silk shawl), a Dhoti (a bottom garment) and topor (a headdress made of pithand zari). The groom will wear these pieces for the duration of the wedding ritual. At the end of the ceremonies, the groom will cover the bride’s forehead with sindoor, a red cosmetic powder that is worn by married women. It is then that the couple is considered married and one. After this gesture, the bride’s forehead is covered by a saree called the Lojja Bostro, which is personally gifted by the groom. Check out this couple’s incredible day to see more details of what a Bengali wedding looks like!

It is no secret that red is the favorite and most auspicious color in Chinese culture. Naturally, traditional weddings are heavily decorated in this lucky color accompanied by the prosperous gold color. The couple’s wedding attire will often be embroidered with detailed dragons and phoenixes, which symbolize the balance of male and female power, in gold and silver thread. Colors such as black, blue, grey and white are associated with times of mourning and is highly discouraged to be worn at weddings, as it is believed to bring sorrow to the couple’s married life. Many modern brides will chose to have a western ceremony and incorporate an elegant Qi Pao, a form fitting one-piece gown, into her reception wardrobe. Another popular choice, most prominent with brides from southern China, is a two-piece dress called the Gua.

During its pre-colonial time, a traditional Filipino wedding was held for three days and officiated by a babaylan, a tribal priest or priestess. However, with the Spanish colonialism in the early 18th century, a majority of Filipino weddings are now predominantly Christian or Catholic. The bride will wear either a custom-made white wedding gown and veil or a white version of the Baro’t Saya, a form of national dress for Filipino women. The groom will choose between a Western suit and a traditional Barong Tagalog, a formal embroidered button-up shirt made from fabric woven from pineapple fibers.

Indian weddings generally last for several days, with new attire worn every day. What seems like an excuse to dress up every day in gorgeous clothes actually has a deeper meaning behind it. Each dress and color symbolizes the meaning of marriage and the period that follows it. Details such as the placement of the jewelry and the henna designs also carry symbolic meaning. While red is often considered to be the most auspicious color, many brides chose to wear other colors as well. Contemporary and Indo-western wear has also gained popularity among Indian women as wedding wear.

Japanese weddings tend to be very formal. Although Western ceremonies have become very popular in Japan, a traditional wedding is still common and very elegant. A bride will wear a pure white kimono for the formal ceremony, symbolizing purity and maidenhood. There are also two choices of headgear. One is the Wataboshi, a white hood, and the Tsunokakushi, a headdress designed to hide the bride’s “horns of jealousy, ego and selfishness.” It is to symbolize a bride’s resolve to become a gentle and obedient wife. She may choose to change into a red kimono afterwards for good luck.

You may have seen a traditional wedding ceremony in a Korean drama or even attended one yourself! The colorful dress of the bride and groom stand out compared to its neighboring Asian countries.

The bride will wear a formal Hanbok, which consists of a jeogori (a short jacket with long sleeves and two long ribbons which are tied to form the otgoreum) and a chima (a full-length, high-waisted, wrap-around skirt). She may choose to include a white sash with significant symbols or flowers as well as a headpiece or crown. The groom will wear a Gwanbok, which consists of a jeogori, trousers and an overcoat. The attire has a loose flow, with the trousers tied with straps at the angles. A vest may be worn over the shirt accompanied by a black hat.

Given its location, Thai weddings can range from very formal to informal. Fancy ceremonies in the big city may require dress to impress mode, but at a beach wedding, formal attire will be impractical and uncomfortable. One important trait that most will consider is the hot and humid conditions. Traditionally, a bride’s dress is made of silk or handwoven cotton, which are natural fabrics that help keep the wearer cool in warmer weather. However, since it is the tradition of Thai wedding dresses to be influenced by modern trends, most designs or fabrics used are generally accepted. The only exception is using the color black, as it is considered to be bad luck.

Over the years, the traditional wedding clothing of Vietnam has been very diverse depending on the era and occasion. However, after the Nguyen Dynasty, women began to wear embellished Ao Dai for their weddings. This gown is usually red or pink and the bride will wear a Khan Dong headdress while the groom wears a simpler male equivalent of the outfit, often in the color blue. In modern weddings, brides will usually change into three different gowns throughout the day. A Western white wedding gown is usually worn for the ceremony, a second Western dress is worn at the reception and a third traditional Ao Dai is worn during the table visits to personally thank the guests for attending. 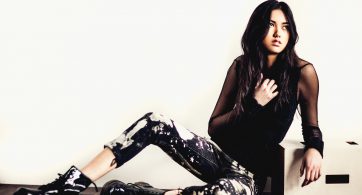