This summer, the term “stay-cation” is more accurate than ever before. But if you’re stuck at home daydreaming of the sand and surf, indie musician tigerlily has got the perfect sound to bring us all back to happier, pre-pandemic days.

After putting in nearly a decade with Seattle indie outfit Bleachbear, the singer and recent college grad is striking out on her own with a brand-new track, “lisbon.” Out today, July 15, the song addresses the emotional fallout of a romantic relationship that never was, bringing on those beachy vibes with a gentle acoustic guitar melody and tigerlily’s signature understated, yet powerful vocals. As waves foam in the sunny video, the artist croons, “When I think about forever, I think about you.”

tigerlily is also inviting fans to a remote release party to celebrate the single. She’ll be joined by a number of other minority artists, part of her initiative as a solo artist to help put the spotlight on other up-and-coming BIPOC musicians. And if you want to connect with her after the show, she says you’re more than welcome to reach out on social media.

Listen to “lisbon” here, then read on to learn all about the track, the party and everything else tigerlily has been up to, in our exclusive Q&A below!

Character: So, after playing with Bleachbear for so long, what led to your decision to launch your own solo career?

After Bleachbear released “Deep Sea Baby,” I started thinking about what I was going to do after graduation. I realized I still really wanted to do music but at that point, we’d been a band for seven years. I was like, “Maybe it’s time to try something new, something fresh.” Now that I’m graduating, my cousins and I were just going to keep going on more divergent paths. We’re all different individuals and everyone has different things they want to do, so I was like, “Now’s the time to work on a solo project.” I’ve just been busy here working on that.

Do you think you might continue to play with Bleachbear in the future?

Yeah, I would never say no to that. It was definitely an amicable group decision. When you’re in a band with your family, there’s never actually a real end. So we’re all still sisters and cousins, and we’ll always be playing music together.

That’s great! So, now that you’re poised on the cusp of your solo debut, how are you feeling about it?

I’m feeling good! I mean, it’s definitely coming at a weird time. [laughs] When I wrote the song, none of this was happening. So much has changed now. We even pushed back the original date because it was set to come out even sooner, but I was like, “I don’t want to take any light away from what’s happening with the Black Lives Matter movement.” And with quarantine it’s been interesting; I had to make the music video in quarantine. So I’m excited that it’s coming out right now but it’s also just a really weird time.

What’s the story behind “lisbon?” And what was it like to create the video in quarantine?

Actually, it’s an interesting story. The clips that made up “lisbon” were clips that I’d had on my camera from a trip I had taken, and that trip inspired the song. Basically, I had met someone when I was studying abroad in high school in Barcelona. I fell in love with him, but he didn’t fall in love with me. And so we had a misunderstanding for five years, where we were talking to each other every day. I don’t know how we went five years with this misunderstanding, but it came to light when we were together on vacation in Portugal, hence the name “lisbon.”

When I returned back home, I wrote the song about the experience. Then quarantine happened and I was like, “What am I gonna do for a music video?” And it occurred to me that I had all those clips from our trip! So I took those clips and made the video. It was heartbreaking because when you’re editing, you have to watch the video clips hundreds of times. It was definitely painful, but I really like how it ended up. So yeah, bittersweet.

So how did you decide to make this your first release as a solo artist?

It was hard because when it’s your own music, you love all of it. I just asked as many people as I could, everyone I knew, “Can you listen to the demos and tell me which one you like best?” And that was also hard, because everyone has their own music tastes, but “lisbon” seemed to be the one that was resonating with people the most.

What’s next for you on the release slate?

After this is going to be releasing some of those other tracks that we were working on. We’re also organizing the release show, which is going to be on IG Live and it’s going to support Black Trans Women. We’re going to be getting a ton of cool Artists of Color to perform.

That sounds awesome! So, as you launch your solo career, what are some of your big goals for this project?

Having been doing music for a long time with Bleachbear, when I was coming back to this project, something I really wanted to do is use my platform as an artist to empower and shine light on other BIPOC artists, female artists and minority artists. Because I realized that a big part of the experience when I was doing music with Bleachbear was being an Asian American and female artist. At the time we started, we were 15 and 13 years old and that never really crossed our minds. It’s not really something that you consciously are thinking about when you’re doing it.

I grew up with role models that were like Kurt Cobain and David Bowie, these fantastic male rockstars. Those were the people I was shown when I was growing up, those are the artists my dad introduced me to. I grew up thinking, “If I could do anything, I want to be just like them.” But as I was doing music I was realizing, I don’t feel like I really belong, I don’t know if I can do this. And part of that was that the people I looked up to and a lot of what I grew up seeing, it wasn’t people who looked like me.

In my last semester at college, I did this study analyzing the Billboard Hot 100 and the only Asian artist that was in the top 10 songs over the past few years was BTS. There are some badass Asian American musicians, but they aren’t getting a lot of representation. I want to get back in there, and I want to fight for that. I want to collaborate with other Asian American artists, and I want to do all these things that I didn’t do with Bleachbear that now I’m finding are really important to me. 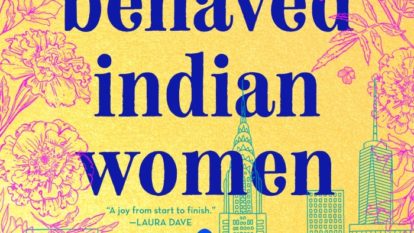 Ah, summer—or as folks in their 20s and 30s know it, wedding season. This time of year always seems to be colored by talks of white dresses, towering cakes […]