“Die Hard” meets “The Towering Inferno” in Rawson Marshall Thurber’s “Skyscraper,” an action thriller set in a blazing steel-and-glass paradise in the clouds above Hong Kong.

Dwayne Johnson plays Will Sawyer, a former S.W.A.T. operative who is hired to assess the security systems of The Pearl, the tallest and most technologically advanced tower in the world. When the building catches fire and Sawyer is framed for the attack, he must escape the authorities and save his trapped family.

Chinese actor Chin Han stars alongside Johnson as the designer and mastermind behind the skyscraper who is hiding something that reveals the true nature of the attack on The Pearl.

Audiences might remember Chin Han as the mob accountant Lau in Christopher Nolan’s “The Dark Knight,” but he has also starred as Jia Sidao in Netflix’s “Marco Polo,” Togusa in “Ghost in the Shell” and in many other film and television productions. In an interview with Kore, Chin Han discussed his experience of working alongside stars and artists in “Skyscraper,” turning points in his career and what he wants out of his next project.

Can you tell us a little bit about who you play in “Skyscraper”?

I play Zhao Long Ji, who is the visionary owner and designer of The Pearl. He’s created this vision that is his idea of a utopian city, complete with zoos and gardens. It’s his way of pushing the limits of human endeavor. That is his goal.

What was it like to work with Dwayne Johnson?

Dwayne is an incredible person to work with. He’s very mindful of actors around him and he’s all about encouraging them and lifting their spirits. People love him whether they’re actors or audiences. He is wonderful to work with.

Were there any scenes or moments during filming that were particularly memorable to you?

Working with Dwayne was obviously one of the highlights of [making this film], but there were so many incredible talents in this movie, not the least being Rawson Marshall Thurber who wrote and directed the film. Not only is it an homage to great films from the ’80s and ’90s like “The Fugitive” and “Die Hard,” [Thurber] takes it somewhere we’ve never been before. I think what was [also] particularly memorable for me was to have Robert Elswit, an Academy Award-winning cinematographer. Watching him light a scene was just incredible. He could turn any scene into a piece of art.

Has there been a film or television project you’ve done in the past that you would call a turning point in your career?

[Netflix’s] “Marco Polo” was one of those projects where all the characters were so incredibly compelling, unpredictable and neither stock nor stereotype. [The show] allowed me, as an actor, to really flex my acting muscles. It was challenging as well. It wasn’t easy getting in and out of costume every day, learning kung fu or the cadences and the rhythm of that kind of speech. It was an older way of speaking. It was challenging but ultimately satisfying.

What’s next for you? Do you have another film or television project lined up, or what are you hoping for?

I don’t, though I did do another movie last year that was shot in China called “A Sweet Life.” We’re talking about turning points here. Regardless of how [“Skyscraper”] does, it was a sort of turning point for me in terms of having an Asian role that is treated respectfully by Rawson Thurber and Dwayne Johnson, as well. To be able to play such a fully fleshed character and to be included in the decision-making processes of day-to-day filming, that was such a great thing to have done, and I’m going to remember it when I decide on what to do next. 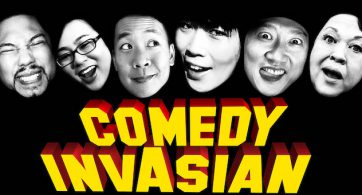