Say hello to Shioli Kutsuna, an Australia-born actress who has been acting in Japan for 10 years, as she makes her Hollywood entrance as the electric rope-swinging Yukio, an assassin from the Marvel comic universe.

And what an entrance it is — though we don’t see Yukio as much as we’d like, when we do it’s as girlfriend to Negasonic Teenage Warhead (Brianna Hildebrand), another member of the X-Men. Their explicitly stated relationship makes Yukio and Negasonic the first LGBT couple in any major superhero film.

In “Deadpool 2,” set two years after the first film, Deadpool (Ryan Reynolds) goes face-to-face against Cable (Josh Brolin), a soldier from the future, who has time traveled back to prevent a young fire-fisted mutant (Julian Dennison) from growing up and destroying his family. In the process, Deadpool becomes an X-Men trainee and forms his own superpowered squad, X-Force. Karan Soni returns as Dopinder, now Deadpool’s personal chauffeur and friend, while Lewis Tan makes his debut as Shatterstar.

In the Marvel comics, Yukio is a ninja who emerges as Wolverine’s ally. Yukio made her first cinematic appearance, portrayed by Rila Fukushima, in the 2013 movie “The Wolverine.” In “Deadpool 2,” Kutsuna depicts her as a younger mutant with a penchant for greeting Deadpool in a constantly chipper, “Hi, Wade!”

Kutsuna is a familiar face to fans of Japanese films and J-dramas. “It’s all very strange,” she said, speaking to Kore a few weeks before the film’s release. “My parents are Japanese, but I was born in Australia. I never expected myself to move to Japan.”

She was 14 years old when she received a recommendation to try out for a beauty contest in Japan. “It’s a common road to get into [the industry],” Kutsuna said. “That’s how I got into this whole thing.”

Kutsuna said she turned her attention to auditioning for American projects two years ago. It hasn’t been easy, but she said she recognizes her luck in being able to speak English, a skill that many of her peers in Japan do not possess.

Earlier this year, she appeared in a supporting role opposite Jared Leto in the Netflix film ‘The Outsider.” “I still hadn’t done acting in English for 10 years. I’m coming from that world,” she said. “But I am exploring new things. I do like the challenge.”

Asked about her Hollywood ambitions, Kutsuna said she hopes only to “become a good actor.” “I have always said that,” she said. “I love acting. I don’t really think about what I want to achieve, it’s more just trying to do things that are different, getting the roles. Doing auditions. For me, for the next few years, it’s to be prepared and concentrate on that.” 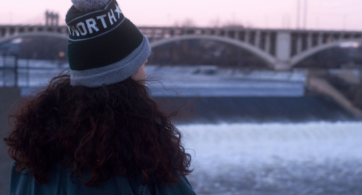 A young woman bites into a graham cracker cookie shaped like a breast just before she receives the stunning diagnosis that she has cancer — for the second time. […]