A 21-year-old woman identified as Ms. Nam has been arrested for fraud and embezzlement in her efforts to raise money to chase after her favorite K-pop boy band, EXO.

According to Koreaboo and The Korea Times, Nam was arrested by the Gyeonggi Police on Sept. 5 for making multiple fraudulent online transactions. It was reported that she would borrow camera equipment from a rental store and then pretend to sell it at a discounted price online without actually delivering the goods to her customers. The police found that Nam used this same technique at least nine times, earning at least 470,000 won. Aside from cheating her customers, Nam also did not return the said equipment she borrowed back to the rental shop.

When police questioned her why she committed these crimes, she reportedly answered, “In order to follow EXO, I need money.”

According to reports, Nam is an unemployed high school graduate who has lost her parents and is considered to be a “sasaeng fan” — a person who spends excessive time stalking his or her favorite celebrities and invades their privacy through questionable means. “Sasaengs” are usually between the ages of 20 and 40 and have a costly lifestyle since they splurge on expensive camera equipment, taxi hires, plane tickets, and more.

Nam reportedly admitted that she stays at a cafe near EXO’s dormitory instead of going home at night. She at point stated, “When I was active as a ‘sasaeng,’ I was happy, but now I feel regretful.”

Nam is currently in custody, awaiting to receive charges.

Photo via The Korea Times 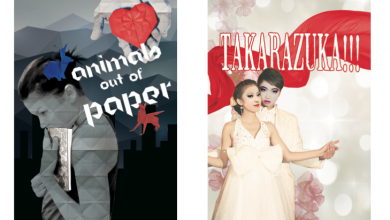 East West Players, the nation’s longest-running and most esteemed Asian American theater company, will celebrate its highly anticipated 50th anniversary with an extended season, titled “Golden,” that will […]