So what’s a Tsum Tsum and why are people so obsessed with them? Maybe it’s their round shape. Maybe it’s their reasonable price tag. Maybe it’s because these plushies come in the form of Disney characters we know and love. Whatever the reason may be, it’s pretty hard not to be obsessed.

Before we get ahead of ourselves, you may be wondering what a Disney Tsum Tsum is and where they came from. In Japanese, “tsum” means to stack. Therefore, “Disney Tsum Tsum” literally translates to “Disney Stack Stack.” Fittingly, these adorable little Tsum Tsum are stacking (sorry) America by storm.

Tsum Tsum originated from a Japanese LINE mobile app. In the game, players must connect the stacked Tsum Tsum together in a Tetris-like way. It’s simple, adorable and addictive. More importantly, the concept was full of merchandising opportunities.

Since Disney is Disney and Japan is Japan, it’s no wonder that real life Tsum Tsum plushies were first released in Japan in 2013. Proving to be a huge hit, Disney’s Tsum Tsum were soon released in America and have since become the latest craze. During a recent trip to the Disney Store, a Disney Store employee confided in us that her boyfriend had to tell her to stop buying Tsum Tsum in order to stop an oncoming addiction. Who can blame her though? Available in small, medium and large sizes, all the Tsum Tsum are stackable in real life too.

As of now, Disney is slowly dipping into an infinite pool of gold by licensing characters from their movies into Tsum Tsum plushies. If you are fan of say Alice in Wonderland, 101 Dalmations or Cinderella, you can get a Tsum Tsum of all your favorite characters. And if you’re wondering/anticipating the inevitable Frozen Tsum Tsum collection, fear not! Frozen Tsum Tsum will be available starting March 3rd on the Disney Store website and at a store near you.

And let’s face it. No one is able to monetize capitalism more adorably than Disney. 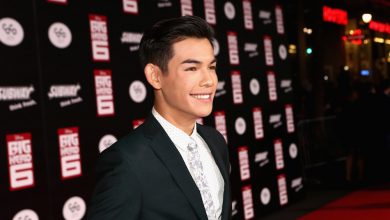