Hyun-jin Ryu can drop a sweet change-up. But did you know he can drop bars, too?

The Los Angeles Dodgers southpaw may have one of the best résumés among his peers when it comes to commercials and guest appearances. Ryu’s commercial for NH Card is just the latest in his exploration of his artistic side.

Ryu has always taken on side jobs in South Korea during the offseason, including an earlier commercial for Ottogi noodles and a guest appearance on the popular show Running Man, alongside fellow Korean baseball players Shin-soo Choo and Jung-ho Kang. Ryu also has a couple of K-pop singles under his belt, by the way.

During the regular season, he drags his teammates into his antics, like when he used Clayton Kershaw and (now former teammate) Matt Kemp as backup dancers. Maybe he can include Hank Conger the next time, too—the new Houston Astro’s twerking puts Miley Cyrus to shame.

In regards to his professional work, Ryu has been slowly resuming throwing activities while nursing a sore shoulder. The Dodgers began the season with him on the disabled list, and the team has stated they will allow him take as much time as needed before getting Ryu back on the mound.

If you’re looking for an in-depth read, be sure to check out our Hyun-jin Ryu cover story from August 2013. 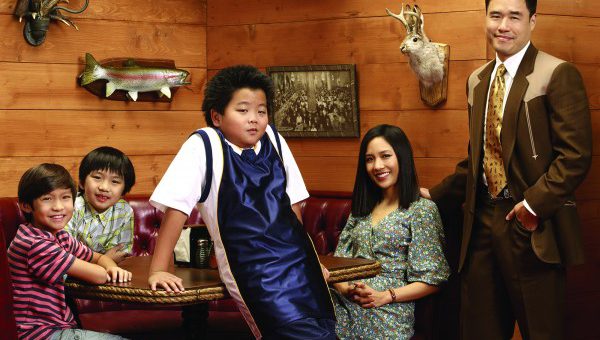 by REERA YOO | @reeraboo editor@charactermedia.com Fresh Off The Boat has earned high praise from critics and audiences alike for its bold jokes and refreshing portrayals of Asian Americans, but […]