Just two weeks following his post-injury return to the game, Jeremy Lin is out once again with a strained hamstring.

On Monday night, The Brooklyn Nets point guard suffered an awkward landing after being fouled during the third quarter against the Charlotte Hornets.

“It’s extremely frustrating,” backup point guard Randy Foye told the New York Post after the game. “Not for me or for the guys, but seeing [Lin] work so hard to get back. Just respect, just leadership, every single day, on the court, off the court. Then for him to go out again with the same thing, come on man, why? … But at the end of the day, Jeremy is resilient. He’s a strong person, and he’s going to get through this.”

The Nets won 120-118. It remains to be seen whether Lin will participate in the game against the Bulls tomorrow. 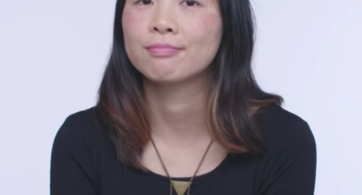