Director Justin Lin is developing a film based on “Abacus: Small Enough to Jail,” a PBS documentary that premiered at the 2016 Toronto Film Festival.

The documentary by Steve James is about Abacus Federal Savings, a small Chinatown bank run by the Sung family and the only bank to face criminal charges following the 2008 financial crisis. Lin’s film, like the documentary, will center on the Sungs’ legal battle and their commitment to each other.

Lin’s film will be produced in partnership with Storm Entertainment’s Mary Lee, Ernesto Foronda and Elizabeth Irwin, while “House of Cards” scribe Kenneth Lin will adapt and “Abacus” director Steve James will executive produce, according to Deadline.

“This is a quintessential American story told from a point of view that is rarely seen on screen. The Sung family’s collective act of courage needs to be told, especially now,” Lin, who’s known for directing blockbuster hits like the “Fast & Furious” franchise and “Star Trek: Beyond,” said.

“We are pleased that this story will have a chance to reach an even wider audience,” said Thomas Sung, founder of Abacus Federal Savings. “For us, this was never just the story of our family bank. It’s a cautionary tale about the larger struggle for justice in our community.” 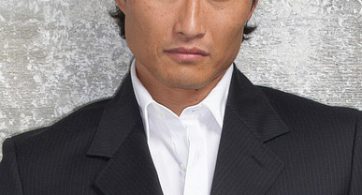 Daniel Dae Kim has signed on to take on the character of Ben Daimio in the upcoming “Hellboy” reboot, according to Deadline. After British actor Ed Skrein announced that […]