Baba Yaga is back and badder than ever.

The first trailer for “John Wick: Chapter 4” dropped today, Nov. 10, and sees Keanu Reeves’ titular hitman up against a star-studded roster of villains. From an impending fight with the sinister Marquis de Gramont (Bill Skarsgård) to a showdown with Donnie Yen’s knife-wielding Caine, it looks like Wick has his work cut out for him if he wants to defeat the High Table, the secret assassin organization that he faced off with in “John Wick Chapter 3 – Parabellum.” Hiroyuki Sanada, Laurence Fishburne and pop singer Rina Sawayama also star in “Chapter 4,” which is due out on March 24, 2023.

Since the first “John Wick” installment premiered in 2014, the franchise has enjoyed critical acclaim and box office success, and “Chapter 4” looks to be another solid addition to the series. Watch the full trailer below for more. 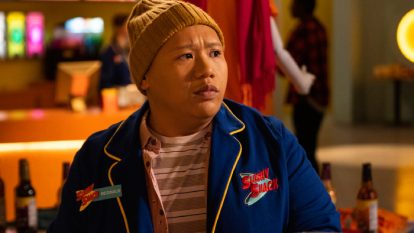 “Spider-Man” star Jacob Batalon sinks his teeth into a lead role as Reginald the vampire.