When Korean American actor Ki Hong Lee (from The Maze Runner and People’s “Sexiest Men Alive” 2014 list) shows up as an immigrant Vietnamese character named Dong in Kimmy’s ESL class, it’s hard not to see parallels with Long Duk Dong from Sixteen Candles.  As soon as Dong is introduced, he laughs at Kimmy’s name because “it means ‘penis’ in Vietnamese.” There are numerous “dong” puns afterwards, but Kimmy quickly tells a character to get over the snickering since Dong is a common Vietnamese name.

The rest of the series both plays into and subverts Asian stereotypes with Ki Hong Lee’s character. On one hand, Dong is working as a Chinese food delivery boy, good at math (though this is mostly just used as an excuse to have Kimmy and Dong spend time with each other) and worried about being deported. On the other hand, Dong is the rarest of the Asian American male characters — a viable love interest.

Part of what made Sixteen Candles’ Long Duk Dong offensive and racist is that he is made to seem like a buffoon. Long Duk Dong is not a human character, he is simply an amalgamation of Asian stereotypes to be laughed at. His romantic interest in Molly Ringwald’s character is never taken seriously by either the other characters or the audience. And therein lies the key difference between Long Duk Dong and Unbreakable Kimmy Schmidt’s character, Dong.

While Dong’s character is not without stereotypes, he is never ripped of his humanity. His romantic interest in Kimmy is never played for laughs; they are both outsiders in New York, they share a childlike innocence and glee in the silliest things, and they actually like each other. It’s rare to see an Asian male character as a viable part of a love triangle and even rarer to see the Asian guy “win.” In Unbreakable Kimmy Schmidt, Kimmy chooses Dong and their romance is shown as something real.

By the end of season one, Dong is stuck in a situation where he can either continue to show up in the second season or be easily written out (Ki Hong Lee is currently a guest star on the show). Yes, Dong is character that could be tagged as #YourFaveIsProblematic on Tumblr, but if Ki Hong Lee isn’t too busy running in more mazes, we would definitely like to see where his romance with Kimmy goes.

You can watch the trailer for the show below:

This article was originally published on Audrey Magazine 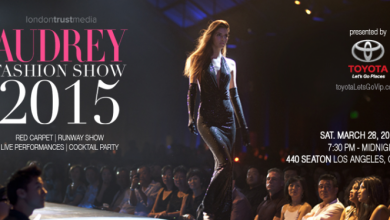