Like the writers of the Tang Dynasty, it’s easy to wax poetic about wine. It’s liquid, jewel-toned joy. It’s lush and brimming with memory, like the many global soils it stems from. But at the end of the day, we’re just talking about fermented grape juice, right?

In recent decades, China has emerged as a modern leader in both bottling and consuming putaojiu, or “grape alcohol.” Today, China is the fifth leading consumer and the ninth largest producer of wine in the world, rivaling classic wine-producing countries like Portugal and South Africa.

This trend didn’t just come out of nowhere, though. China has had a historical culture of winemaking since all the way back in the Neolithic Age.

Beverages like baijiu and fruit “wines” have been long-standing sources of tipsiness in China, but viticultural production dates back to archaeological sites in the ancient settlement of Jiahu from 7000 B.C. and Shandong Province 4,500 years after that. To keep this in global perspective, fermentation with wild grapes was happening in Shandong around the time that Egypt and Sumer were developing writing!

More documentation dating back to the 1st through 3rd centuries B.C. was found in the Xinjiang Autonomous Region in Niya, where dried grapes and clay vessels depicting drawings of grape clusters were found in an excavation that took place from 1988 to 1996. Niya was an outpost on the Silk Road, where Vitus vinifera grape varieties (the Eurasian grapes we widely use and consume now) were brought in from Central Asia.

Winemaking became more comprehensive during the Han Dynasty, when it was a luxury item reserved for noblemen and high-ranking officials. But during the following Tang Dynasty some 400 years later, viticulture finally hit its stride. Wine was no longer for the titled classes, but was now available to the general population. Tang Dynasty poet Wang Han wrote candidly about it in one of his most famous poems, “Song of Liangzhou,” and how provincial folk, soldiers and, yes, poets just like himself shouldn’t be blamed for drinking their fill of the juicy red intoxicant—even if it did cause them to lay sound asleep in the fields.

As years went on, viticultural technology grew more sophisticated. Yet, wine consumption dwindled drastically with the increasing dominance of baijiu, the growing influence of Islam and the declining political leadership of many Western regions in Central Asia and beyond.

Fast forward to the 19th century, where modern wine industrialization began with an entrepreneur named Zhang Bishi. Bishi transplanted somewhere between 120 and 150 Vitus vinifera varieties to China and established the first commercial winery in Shandong in 1892.

Ever since power changed hands to the People’s Republic of China (PRC) in 1949, the government has been interested in investing in the nation’s own wine production. Financial reforms implemented by the PRC during the ’70s helped the economy surge and a new class of wealthy people excited by French Burgundy and Bordeaux wines emerged.

Shandong – This is China’s main wine-producing region due to its mild, coastal climate, and it’s where the wine tourism industry is now gaining momentum. Shandong produces 40 percent of the country’s wine, with classic red grape varieties like Carménère, Merlot and Cabernet Sauvignon. Large companies and boutique wineries alike are based out of Shandong, including an investment from one of the most famous French wine estates, Château Lafite Rothschild.

Hebei – Hebei is Shandong’s neighbor, but is affected by hot summers and the blistering cold air that descends from Siberia. Hebei, also where Beijing is located, was one of the first regions to produce dry white wine from Chardonnay grapes, as well as dry reds from the native longyan grape. It is the second most prominent region in wine sales after Shandong.

Ningxia – Ningxia is known as the “Napa Valley of China” and is famous for its spectacular wines that have competed and won against the best of France’s Bordeaux wines. Ningxia lies at the foot of the arid Gobi Desert and gets extremely cold during the winters. Yet vines here are blessed by irrigation from the Yellow River, high altitude with more sun and the ingenuity of local winemakers, who bury their vineyards underground during the harsh winters. With so much care as well as state and foreign investment (Moët Hennessy Chandon China), it’s no wonder that Ningxia has such renowned wines—with their own classification system, too!

Xinjiang – This region focuses on sweet wines and has a deep history of grape and raisin production despite its seemingly rough climate and terrain. This large, remote region is known for museles, a Uyghur medicinal grape wine. It’s made with table grapes, spices, botanicals and animal parts, which are then boiled and fermented. While Xinjiang has notoriously been undergoing a major humanitarian crisis in recent years, the local Uyghurs have had a profound impact on culture in China that must not remain unacknowledged.

Yunnan – Yunnan’s proximity to the Himalayas provides high altitudes, with sunlight efficiently reaching the vineyards. Cooler night temperatures are mitigated by the warmth wafting in from the Indian Ocean. Because of the mountainous terrain, the vineyards in Yunnan exist on small parcels of land instead of sprawling estates. Yunnan benefits from both state and foreign investments, as the region’s wine industry has been showing overwhelming promise in recent years.

It’s no accident that China continues to grow as a huge player in the global wine industry. With its robust foundation and vigorous investments, wine has changed the economic, cultural and literal landscape of the country.

Like the great Tang Dynasty poet Li Bai once wrote: 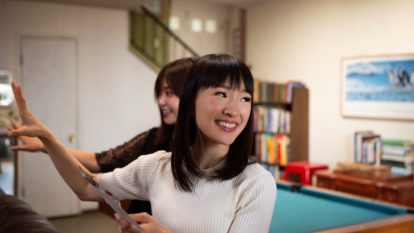 With a reassuring smile, Japanese organizing expert Marie Kondo retrieved us from the depths of our messy closets and into cleaner homes. When her television series “Tidying Up with […]