Comedian Margaret Cho recently appeared on Late Night with Seth Meyers to share her thoughts on the online criticism she faced for portraying a North Korean soldier at the Golden Globes.

“I think what it is, is that white people like to tell Asians how to feel about race because they’re too scared to tell black people,” the Korean American Cho observed.

Meyers then responded, “It’s a jackpot for us because we want to scold people about race too, but we’re too scared.”

Cho received some flak on Twitter last January after she played a gruff North Korean army general and journalist at the Golden Globes. Her character, Cho Yung Ja, was named the “newest Hollywood Foreign Press Association member” as part of a gag to poke fun of The Interview and the Sony hack.

The Korean American defended her comedy in a tweet, saying, “I’m of mixed North/South Korean descent – you imprison, starve and brainwash my people you get made fun of by me.”

On Tuesday, Cho also discussed news events concerning the police brutality against communities of color and how those racial conflicts translate to Asian Americans.

“It’s not just Eric Garner; it’s not just Baltimore. For me, it goes back to Amadou Diallo and Rodney King,” Cho told Meyers. “Whenever white and black people fight, Asians and Mexicans don’t know what to do,” “Because we’re like, ‘Umm, are we white?’ We just want to be on the winning side.”

Following her Showtime comedy special, which is slated for a Sept. 25 release, Cho will be embarking on her two-month national psyCHO tour in October. You can learn more about her tour on Cho’s website.

You can watch Cho’s full interview on Late Night With Seth Meyers below: 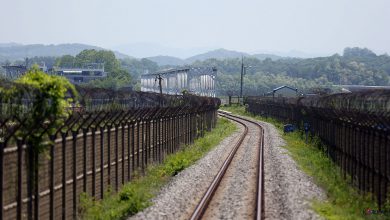