Ready to watch a new cinematic universe that is ready to make a splash and potentially compete with the Marvel Cinematic Universe? Look no further than “Brahmāstra: Part One – Shiva.”

“Brahmāstra: Part One – Shiva” premiered on Sept. 9 and follows Shiva (Ranbir Kapoor), a seemingly normal DJ who is in a budding relationship with a woman named Isha (Alia Bhatt), as he discovers he is an astra, who can wield a weapon of enormous energy. With his newfound powers, Shiva must protect the world from an evil entity trying to wield a weapon called Brahmāstra that can destroy the universe. Based on stories from Hindu mythology, the film acts is the first movie in a planned trilogy in the cinematic universe titled “Astraverse.”

In an interview with Character Media, the film’s stars Kapoor and Bhatt discuss how the first installment in the projected cinematic universe is for global audiences rather than just Indian viewers. Bhatt explains how “Brahmāstra: Part One – Shiva” should not be categorized in a box of Bollywood cinema but instead as an overall cinematic experience due to its underlying qualities that can appeal to masses everywhere. “I would not slot this film as a Bollywood film because I think the understanding overall of cinema, especially [films] that comes out of India is that we call it Indian cinema,” Bhatt said. “‘Brahmāstra’ is also that kind of film that will be released across multiple languages and the endeavor is to create a truly rich Indian cultural experience for the Indian audience and for a global audience.”

Kapoor echoed the same sentiments, detailing that engaging, original content is vital when reaching mass audiences. “Films that have spoken to a larger audience across the world it’s only because they were authentic,” he said. “They were not trying to please or make films for different diasporas, so ‘Brahmastra’ comes in that bracket with something which is original and authentic in its culture.”

Make sure to watch the full interview and be prepared to watch a new cinematic franchise in the making, with “Brahmāstra: Part One – Shiva” now in theaters. 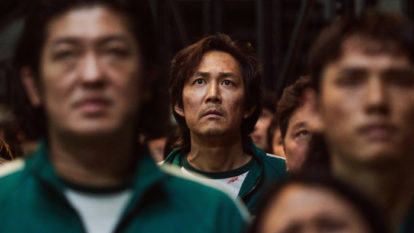 The Emmy-nominated actor is ready to set foot in the Star Wars universe.