Well, maybe it’s a bit extreme to say she hates birthdays, but she certainly isn’t a fan of them.

Audrey Magazine cover girl, Mindy Kaling, is known for many things. She’s known for creating and starring in her very own TV sitcom, The Mindy Project. She’s known for being nominated five consecutive times for the Primetime Emmy Award for Outstanding Comedy Series as a producer of The Office and, of course, she’s known for her honest and outspoken opinions. So on Monday night, Kaling made an appearance on Conan to tell him her strong opinion on birthdays.

According to Kaling, her strict attitude with her workers have led them to call her a mean dictator. For what exactly? Apparently Kaling believes that birthdays should not be a big deal after the age of sixteen.

“My big thing is, you have to sing ‘Happy Birthday’ faster.” Kaling laughed. Kaling went on to say that with 200 employees, there’s always a birthday. Understandably, it must get tiring to sing the ‘Happy Birthday’ song everyday.

Kaling continued by joking  that she doesn’t buy her writers birthday presents because she’s already given them a present: Their job.

Check out the interview below. 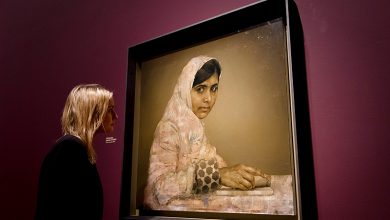 A portrait by one of Britain’s leading portrait painters, Jonathan Yeo, has an estimated value of  $60,000 to $80,000. What’s so special about the portrait? It happens to have one of […]