Well, it looks like there will be two more big reasons to visit in February: Moon Myung-jin and Son Seung Yeon.

The “R&B master” Moon Myung-jin and the rising star Son Seung Yeon will perform live together in the upcoming “Healing Concert” at Pechanga Resort & Casino on Saturday, February 28 (8pm) and Sunday, March 1 (5pm).

Moon Myung-jin, a veteran R&B and soul singer, received plenty of attention when he appeared in Immortal Song, a popular singing competition TV show, in 2013. He sang Haebaragi’s “It’s Not Only Sorrow” and immediately topped all Internet searches in Korea. He became more popular after winning the show’s 100th episode (The Deulgukhwa Special) and Sulwondo Special.

Son Seung Yeon was the winner of The Voice Korea in 2012. Since winning, she’s been garnering much attention and popularity for her powerful voice and singing talent. She joined Immortal Song in 2014 and quickly became the queen of the show. 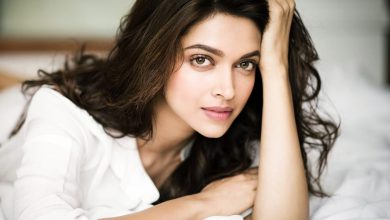 If there weren’t enough reasons to love Deepika Padukone already, her candid piece with the Hindustan Times on her struggles with depression and anxiety solidifies her status as […]