Back in June of last year, Kenichi Ebina showed up on American television screens and proved that he was a force to be reckoned with. The 39-year-old dancer quickly gained an impressive fanbase while competing in the 8th season of America’s Got Talent.

His audition video has over 25 million views thus far. With an audition video going viral and a standing ovation from the judges, there was simply no denying Ebina’s talent. He plowed through the competition with performances that ranged from high-energy and fast-paced dances to slow and emotional routines.

On September 18, 2013, the humble and talented dancer was announced the winner of America’s Got Talent season 8. This was not a surprise for many viewers. After all, Ebina had been dancing since 2001 when he formed an award-winning dance group “BiTriP.”

So what has he been up to?

Apparently, Ebina has been quite active since his win. He has performed at many events and on TV shows internationally, taught dance in numerous countries, and directed and choreographed routines for theater companies.

But now, he’s ready to put on a show.

Pechanga recently went through a multimillion dollar make-over which included a renovation of the hotel lobby, two restaurants and the addition of two more dining outlets. Although the resort may look new and improved, it still sticks with its core values of being “an Asian friendly destination with a great Asian host team and many Asian concerts for guests of different ethnicities.”

Needless to say, this show is sure to be a success.

Expect to see a thrilling performance by this solo, self -taught dance performer. Kenichi Ebina started out dancing Freestyle Hip-Hop and expanding to Poppin’, Lockin’, Mime, House, Jazz,  Contemporary and Ethnic dance. His unique style of dance combines different illusion effects of  sound, light and visual. He frequently interacts with characters on a huge video screen behind him, who have all been created and played by himself. His dance tactics entertain audiences who were not even interested in performing arts.

Check out his impressive audition video below. 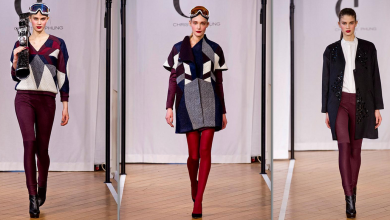 Story by Ruby Veridiano.   French Cambodian designer Christine Phung delivered Pret a Porter perfection for her fall/winter 2014 collection that could easily be worn from the runway to the […]