With the Golden Globe Awards on Sunday night award season is in full swing, and Asian talent is stepping up to the spotlight.

Korean director Bong Joon-Ho’s Cannes thriller, “Parasite,” received the award for Best Motion Picture — Foreign Language, the first win in the category for South Korea. In his acceptance speech, Bong encouraged primarily American audiences to branch out of their linguistic comfort zones and experience more movies from other countries. “Once you overcome the one-inch tall barrier of subtitles, you will be introduced to so many more amazing films,” Bong said. “Just being nominated along with fellow amazing international filmmakers was a huge honor.”

“Parasite” beat out a number of films in the Foreign Language category, including “Portrait of a Lady on Fire,” “Les Misérables” and one a little closer to home, “The Farewell.” But “The Farewell” didn’t miss out, either. Awkwafina took home the Golden Globe Award for Best Actress in a Motion Picture — Musical or Comedy, making her the first ever Asian American woman to ever do so.

Although these descriptions of “The Farewell” caused some stir when the nominations were first announced last December, Awkwafina nonetheless received an outpouring of support for her win.

You can view the full list of nominees and winners here. 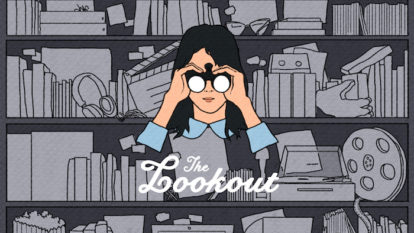 You know what they say—new year, new movies, shows, albums and books. That is what they say, right?  Anyway, we’re welcoming 2020 right, with a slew of AAPI projects […]