Looks like 2NE1’s Sandara isn’t the only friend Steven Yeun has at YG Entertainment.

The Walking Dead star recently snapped a photo with South Korean hip-hop trio Epik High on an airplane ahead of the group’s North American tour. Tablo, the band’s leader, shared the photo via Twitter and Instagram over the weekend.

Epik High is set to kick off their summer tour on May 28 at the Warfield Theater in San Francisco. Through June, the group will be be visiting several major U.S. and Canadian cities, including Los Angeles, Vancouver, Seattle, Chicago, Dallas, Atlanta, New York City and Toronto. You can learn more info about the tour here.

Last November, Yeun and Park co-starred in a comedy mini-series produced by Be FUNNY Studios. The series follows a fictionalized version of Yeun, who abandons his girlfriend Dara behind in Los Angeles in order to become a breakout mukbang, aka “eating broadcast,” star.

You can watch the first episode of the series below:

“Lee Byung-hun and Diddy Star in Rush Hour 4, Face Off 2“ 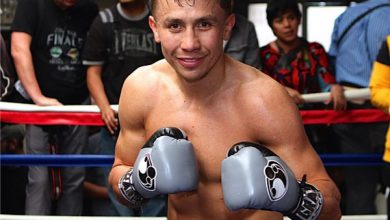 by JAMES S. KIM | @james_s_kim editor@charactermedia.com The boxing world may be still be collectively deflated after Manny Pacquiao and Floyd Mayweather Jr. spent their time in the ring […]