Yes, the lauded Haikus calendar is back for a second year, and this time, the haikus are not just with the hotties but on the hotties. Helllllo, Haikus On Hotties.

The project, started by former Audrey Magazine editor Ada Tseng, has been brought back to Kickstarter. The promise of 12 months of Asian men flaunting their hotness – as well as their poetic prowess – has pushed the calendar to just within reach of its $5,000 goal as of Wednesday.

The first edition of Haikus featured exchanges between Audrey and hotties like Randall Park, Freddie Wong and Godfrey Gao, who helped spark the idea for the project. “This time around, [the men] write one haiku, and the only rule is that it has to be about hotness,” Tseng writes on the crowdfunding page. “And we have to figure out a way to get it on them – whether it’s on clothing, their bodies or some other creative interpretation of Haikus On Hotties.”

Here’s Lobo’s take on his hotness: “Moonlight on my skin / One way ticket to Brown Town / Use my wood for heat.”

“[After last year] people started asking, is there a follow-up?” Tseng said. “I liked the possibilities of Haikus on Hotties. It doesn’t have be all shirtless men. We certainly led with that for attention.”

Tseng said she tried to find a variety of people for the calendar – not all the months feature skin, for example, and each man comes from a different background, whether he be a celebrity chef, a model or a YouTuber. “There are a lot of different kinds of hot,” Tseng said. “Asian American males in particular are often desexualized and seen as a stereotype. We’re combating the image of that nerdy, underdog male.”

Tseng, who is working independently this year, said all proceeds from Hottie sales will go toward Angry Asian Man.

“With a project like this, I’m surrounded by people sending me capital letters: OMG!” Tseng laughed. “I’m just a messenger.”

Find more information on Haikus On Hotties 2017 at haikuswithhotties.com. 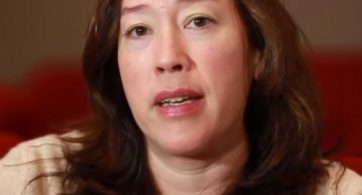 “Breed,” an upcoming horror flick from Fox, will be directed by Karyn Kusama, the name behind last year’s “The Invitation,” according to Deadline.com. Kusama will work again with writers […]