Last night, during the 86th Academy Awards, Robert Lopez and his wife Kristen Anderson-Lopez won the best song award for “Let It Go,” from Disney’s Frozen.

The success of “Let it Go” is undeniable. Robert Lopez has composed a song which has become a worldwide phenomenon that has inspired countless covers, parodies and tributes. But an even more inspiring success is that Lopez has made history by being the very first Filipino American to win an Oscar.

Additionally, Lopez is the first Fil-Am to join a prestigious group called “Egot” which consists of individuals who have won the four top entertainment awards: Emmy, Grammy, Oscar and Tony.

How rare is this group? It contains only 12 individuals including Audrey Hepburn and Whoopi Goldberg.

A few days before the Academy Awards, Lopez spoke to Inquirer.net about his nomination. Lopez apparently didn’t even know he was in the running to be the first Filipino American Oscar-winner.

“I was not aware of that! Wow,” Lopez exclaimed. “I hope, win or lose, that Filipino artists everywhere take my example as proof that you don’t have to look a certain way for your dreams to come true. It just takes hard work, perseverance and some luck.”

After winning the Oscar, Lopez once again acknowledged his Filipino heritage during a backstage press conference.

“Filipino pride. I’m so excited. I’m just sending love to the Philippines. I know they’ve had a tough year and I just send out my feelings to them,” he said, referring to Typhoon Haiyan which ravaged the Philippines last November.

In fact, Lopez revealed that he and his wife are planning a benefit concert for the Philippines on March 12 in New York. 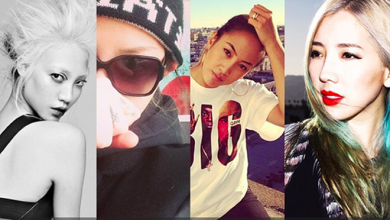