As the one year anniversary of the tragic Sewol ferry sinking draws near, the South Korean government has announced that it would pay about 420 million won ($380,000) for each of the 250 students who were killed in the disaster, reports Reuters.

The Sewol ferry capsized on April 16 while making a sharp turn en route to the resort island of Jeju, leaving 304 people dead or missing. More than two-thirds of the passengers aboard were high school students on a school trip. Many of them died after following instructions to stay in their cabins while the captain and some crew members abandoned ship. The tragedy triggered a widespread social and political reaction within South Korea, with public criticism directed at the Korean government and media for their delayed response to the disaster.

In addition to indemnifying the relatives of the deceased students, the Ministry of Oceans and Fisheries said that it will pay an average of 760 million won ($692,930) to the families of the 11 teachers who died in the sinking.

However, many of the victims’ families have accused the government of ignoring their demands of a thorough, independent investigation by settling compensation claims instead.

“The families of the deceased will not take 4.2 trillion won let alone 420 million won if the probe for the real truth and the raising of the ship are not conducted properly,” Yoo Kyung-keun, the head of the victims’ families association, told Yonhap News Agency.

Meanwhile, dozens of victims’ relatives shaved their heads on Thursday in protest of the compensation proposal. Choi Gyeong-dok, the father of one of the deceased students, told the Associated Press that the government had insulted the grieving families by announcing compensation plans.

“I want to grab and kill the rude people who choose to talk about money a year after the death of our children,” Choi said after shaving his head.

Officials said the ferry disaster was a result of the crew members’ negligence, excessive cargo, improper storage for the sinking and slow rescue efforts. Last year, the Gwanju District Court convicted the ferry’s chief engineer of homicide and sentenced him to 30 years in prison while 14 other crew members were sentenced between five and 36 years.

The Gwangju High Court is expected to deliver a verdict on the appeals by both the crew members and prosecutors, the latter claimed that the sentences were too light, on April 28. 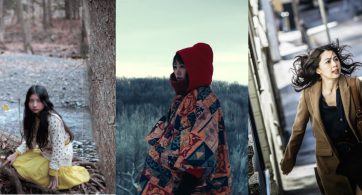 Tired of the endless barrage of superhero movies and sequels? If you are lucky enough to have a local arthouse theater nearby, it may be worth going to check […]