Three years ago, this project started with a personal submission from filmmaker Mark Decena– a collection he called The War Inside— and the initiative has since expanded to include 19 families and 180 films. Not only are these families getting their aging reels digitized, they’re also contributing to something even bigger, and that’s piecing together Asian American histories with their personal stories.

“These films provide a quietly powerful and emotionally resonate counter to the historically inaccurate and unrepresentative stereotypes of Asians and Asian Americans in media such as the “Suzy Wongs,” houseboys and ninjas that have dominated the mainstream culture for far too long,” CAAM points out in their Memories to Light Campaign page. 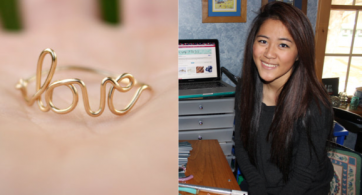 LeiLei Secor, a teen from upstate New York, was thrilled to be accepted into the University of Virginia. While this was certainly exciting news, Secor couldn’t ignore the […]