Launched in 1975, AAIFF is the first and longest running festival in the U.S. that is devoted to films created by Asian and Asian Americans and centered on their experiences. This year’s festival will spotlight several filmmakers and actors of Asian descent, including a handful of Korean talent.

You can check out the festival’s schedule and purchase tickets on the official AAIFF website. All screenings will be held at Cinema Village East, Asia Society, Museum of Chinese in America, Museum of the Moving Image, and Flushing Town Hall.

Here are some AAIFF films created by filmmakers of Korean descent.

Set in the 1980s, Seoul Searching is a coming-of-age film that follows a group of gyopos, or Koreans who were raised overseas, as they spend their summer in South Korea to learn more about their motherland.

Benson Lee and Justin Chon will be in attendance.

A Girl At My Door

Following a personal scandal, a young female police officer is sent to work in a small village and takes in a teenager to protect her from her abusive stepfather.

Someone Else is a surreal drama about the clash of wills between two Korean American cousins. The film centers on a Jamie, a young and straight-laced Korean American law student who is hungry for a more exciting lifestyle. When Jamie visits his wealthy playboy cousin Will, he finds himself pursuing desires his reserved self had never dared to explore before

Nelson Kim, Aaron Yoo and Brandon Harris will be in attendance.

Everything Before Us (Closing Night)

Screening: Saturday, August 1 at 8 p.m. at the Museum of the Moving Image.

Set in the a futuristic world not so different from our own, Everything Before Us follows two couples who struggle to keep their relationships alive while navigating around the rules of a government organization that monitors all romantic relationships.

Philip Wang and Wesley Chan will be in attendance. They will be joined by editor Taylor Chan and producers Christine Chen and Christopher Dinh.

In August 2010, Stephen Kim, a highly-regarded State Department intelligence analyst, was indicted under the Espionage Act for jeopardizing national security by allegedly divulging classified information to a reporter, leading him to face 10 to 15 years in prison if convicted at trial.

Steven Maing will be in attendance.

Screening as part of the Arthouse Shorts program, Enfilade centers on a man who awakens in a white room with two doors. Each door loops into the other, and the man is only left with a red ball and a revolver containing a single bullet as means of escape.

All images courtesy of AAIFF. 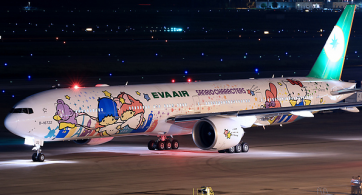