Looking for a good laugh and some excellent storytelling in Los Angeles next week? If your answer is yes, then you should head to The Comedy Comedy Festival: A Comedy Festival!

Produced by Disoriented Comedy, Kollaboration, Angry Asian Man, Tuesday Night Project and The Always Summer Project, the four-day festival encompasses all the major crafts of comedy, including storytelling, stand-up, improvisational comedy and scripted readings. In addition to shows, the festival features workshops, daily mixers and after parties. All of this is happening Thursday, Aug. 27 through Sunday, Aug. 30 in Little Tokyo, the Arts District and Echo Park.

KoreAm Journal and Audrey Magazine are proud to serve as media sponsors for the event and help spotlight both emerging and veteran Asian American comics from Southern California.

Tickets can be purchased at $15 at the door or online at the Comedy Comedy Festival’s website. Doors open at 8 p.m. for pre-show drinks.

Take a glance at the Comedy Comedy Festival’s schedule below:

Four-day passes for the festival cost $70. Meanwhile, single-day passes cost between $15 and $30. You can purchase tickets and learn more information about the Comedy Comedy Festival here. 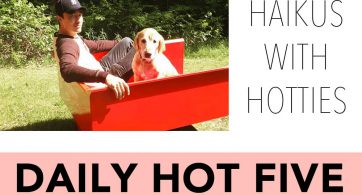