As the newest correspondent on The Daily Show, comedian Hasan Minhaj has been killing it. Minhaj has always been a witty comedian with his own flair, and now a wider audience is getting to see that. However, things have not always been smooth sailing for him.

As he recounts in the live storytelling show The Moth, Minhaj had a rough time fitting in as one of the few Indian American kids in Davis, CA. In fact, when his third grade teacher asked the class what they wanted to be when they grew up, Minhaj recalls writing “I wanna be white.”

Minhaj then went on to tell the heartbreaking story of Bethany Reed, a girl who became his bright spot during his senior year in high school. Apparently, Reed seemed to fully accept and understand him and even his strict immigrant father’s rules. By the time senior prom rolled around, it was inevitable for Minhaj and Reed to go together. Even though Minhaj had to sneak out of his father’s house to get there, surely this would be worth it, right?

When Minhaj arrived at Reed’s house, he opened the door and found the captain of the water polo team putting a corsage on Reed’s wrist. Reed’s mom explained to him that because they would be taking a lot of pictures that night, they didn’t know if it would be “a good fit” for Minhaj and Reed to be in pictures together. To make up for this, Reed’s parents offered Minhaj a ride home.

The full story, as narrated by Minaj, is definitely worth listening to. You’ll find yourself laughing and crying as Minhaj tells a second generation, Asian American story that resonates with many.

Of course, there’s no need to shed to many tears. After all, Minhaj seems to be doing great with his new gig. Check out his debut on The Daily Show below. 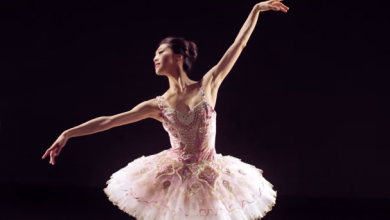 According to “The Body of Ballet,” a simple glance at a woman’s body can indicate whether or not she will be successful in the art of ballet. The article states […]