Every week after Sunday Chinese school, my best friend and I would pretend to be shinobi from “Naruto.” We would run around my house, scrambling our fingers into different jutsus and mimic the martial arts moves from the show. I even made myself a paper headband. In the middle, I scribbled a Konoha village symbol with a green Crayola marker.

Although Naruto has become meme fodder in recent years (Area 51 aliens beware), the popular anime first captured the hearts of millenials and Gen Z in the early 2000s with its world of elemental martial arts fighting magic, frightening villains and noble-hearted ninjas. But it’s also more than that—”Naruto” is the ultimate underdog story.

The titular character’s story begins when Kurama, the evil fox demon, is sealed inside newborn Naruto. Tragically, the process ends up killing his parents. Naruto is ostracized by his village because of the beast trapped within him, and with no family or friends, he resorts to pranks and mischief for attention. Despite his subpar jutsu skills and the odds stacked against him, Naruto dreams (and frequently boasts) about becoming Hokage one day, which of course, everyone ridicules him for. But, over the course of the show, Naruto begins to prove that he might actually be capable.

Once I reached high school, I left living in Naruto’s world behind and started chasing lofty dreams of becoming an artist. That somehow seemed just as unreachable as becoming Hokage. I felt immense pressure to either succeed immediately, or to move on to something more “realistic.” Sophomore year, when I began telling my parents how serious I was about my goals, my dad told my mom he wouldn’t cover my college tuition if I chose an art-related major.

I was filled with a fire to prove myself. My persistence to draw every day, attend art classes and pursue my dream, despite my family’s doubt that I would stick with it, took on a Naruto-like fervor. When I learned about a popular high school art competition called the Scholastic Art & Writing Awards, I slaved away and barely managed to turn it in on time. After I finished, I felt burnt out on art completely. I thought the piece was garbage, and didn’t think anything would come from the competition. However, three months later, I got an email that I had won a Gold Key award, which only 5 percent of contestants receive. A month after that, it was named Best of Show at the Eastern Kansas League art competition.

Naruto’s greatest power wasn’t his Multiple Shadow Clone Jutsu or Rasengan, but his ability to—as his tagline goes—“Believe it!” It’s his capacity to unconditionally believe in himself. His bullheaded dedication to his dream inspires others, and in return, they support him on his path to Hokage. My family also slowly came around. After they saw my dedication to my dream and my victories along the way, they actually became my strongest supporters. Now when I doubt myself, my mom is the one telling me that I’m underestimating myself … Believe it! 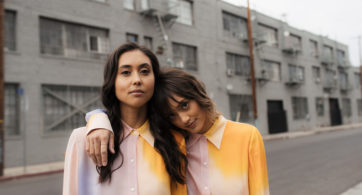 The anticipation began building four months before Meg & Dia released their surprise fifth album, “Happysad.” On March 25, the sisters appeared on Instagram with their first post as a […]