We’ve all been buzzing with excitement over the news of Jamie Chung’s engagement to long-time boyfriend Bryan Greenberg. Well, most of us have been excited. We’ve come across some fans who are broken-hearted that their “future wife” will now remain a daydream.

Of course, we don’t blame them! There are plenty of reasons to love the 30-year-old Korean American actress. Below are our Top Five Reasons We Love The Bride-To-Be JAMIE CHUNG.

1. Brains & Beauty
It goes without saying that Jamie Chung is gorgeous. All we have to do is show you some photoshoots of this 30-year-old actress and you will surely agree with us (and join us in wondering how this girl keeps so fit).

In addition to her looks, Chung understands the importance of an education. After graduating from Lowell High School in 2001, Chung went on to receive her BA in Communications from the University of California, Riverside in 2005. Her education was so important to her that she worked two jobs while in school to pay her bills.

Even after her stint on MTV’s The Real World: San Diego, Chung went right back to finish school. Jamie tells Audrey Magazine, “It was never a goal to do a reality show, nor did I think it would help me get into movies. At the time, I just thought of it as a cool vacation that helped pay for my student loans.”

2. She Made Our Disney Princess Dreams Come True
Jamie Chung has graced television screens since 2004, but it is her most recent role which caught the attention of many.

Who can forget when Disney released Mulan in 1998? We definitely couldn’t. For some of us, this was finally a Disney Princess who actually looked like us. That’s huge. So when the ABC drama series Once Upon A Time started bringing fairytales to life, we were more than excited to see if they would include Mulan. But was there anyone who could properly play one of our most favorite Disney princesses?

Luckily for us, Jamie Chung does not disappoint. Her portrayal of Mulan is just as tough and inspiring as ever. When it was revealed that the Once Upon A Time character is bisexual, Chung’s character began making television history.

3. Her Bold & Daring Personality
Chung decided to become an actress despite her “traditional” Korean parents. Bold? Yup. Chung’s character Mulan in Once Upon A Time portrays the popular Disney Princess as bisexual, a move which gained a handful of both praise and criticism. Daring? You bet.

Time and time again, Chung has shown a brave heart. “”[Acting] has always been a secret desire of mine. When I first started, I was so afraid of failure that I didn’t tell anyone what I was doing. But, once I decided, I dove right in,” Jamie tells Audrey Magazine.

But even after jumping into acting, Chung had to show a strong heart. This is especially true when she played the lead in the indie film, Eden, based on the true story of Chong Kim and her personal struggles against human sex trafficking.

“It’s a story that has to be shared,” she says. “We’d ride around in this ghetto-ass van during the kidnapper scenes or use handheld cameras while locked in a car trunk. Whatever it took. I pushed myself and stripped myself of everything I was comfortable with.”

4. She’s A Hard-Worker
Looking at all the work that Chung has done in the past few years alone is enough to stress anyone. She has packed her resume will roles on a number of television shows and movies including Grey’s Anatomy, Sucker Punch, The Hangover II & III, Premium Rush, The Man With The Iron Fists, 7500, and a handful of upcoming films. Quite frankly, we’re not sure how she manages to do it all.

But Chung simply views all this as experience which helps her grow. “Acting is like a rubber band ball,” she says. “After each job, you walk away with something and add another rubber band to that ball. And the bigger the ball, the more people and experiences add to your art. Acting is great in that you can only get better with age.”

5. She’s An AUDREY MAGAZINE Cover Girl
The beautiful Korean American actress graced the cover of our magazine in Fall 2012. Additionally, she gave us an amazing cover story. Read it here.

BONUS: Her Fashion Sense
In addition to all of Jamie Chung’s talents, she is also a fashion blogger. Check out some of our her looks on her official blog. 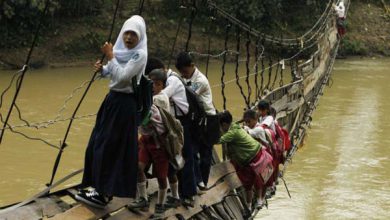 Our 2014 resolutions may be filled with dreams of a healthier diet, a proper sleep schedule and less procrastination. But there’s something many of us have overlooked for the […]