As Crazy Rich Asians shows, there are some people living in Asia that are, well, crazy rich. This is especially true in China. In number of billionaires, the country is now right behind America — and this development is recent.

So now the question is what to do with all this money? Enter what GQ has coined the “Bling Dynasty.” This is the new era of emerging upper upper class in China where Western-lifestyle is the role model for luxury.

As journalist Devin Friedman explores this population of people, he documents his time spent at a Beijing etiquette school called Institute Sarita. There, we kid you not, he finds women can take classes such as Pronunciation of Luxury Brands, British Afternoon Tea and Introduction to Noble Sports. Apparently, learning the correct pronunciation of HermÃ¨s and foie gras is of utmost importance. The twelve-day course costs approximately $15,000 and there is a waiting list to sign up.

While it may be peculiar to think of luxury as something to be learned, perhaps the most interesting thing about all of this is that luxury is defined by Western/European standards. On Institute Sarita’s website, the mission is describes as “[bridging] East and West by combining traditional western culture with 5,000 year-old Confucian values…Chinese women gain respect for their traditional culture and values as well as their understanding of international social norms through studying international etiquette.”

This advanced social behavior, Institute Sarita says, is to complement China’s global economic leadership. To “build confidence through knowledge,” students are meant to move with ease among various cultures.

Institute Sarita’s founder Sara Jane Ho claims there is a distinction in the women who take her classes. She describes them as the ones that are “not the overnight-mushroom millionaires. They are not the people you see misbehaving abroad. People who just came into money are still trying to buy the HermÃ¨s bag. My clients were buying the HermÃ¨s bag ten years ago.”

What are your thoughts on this new phenomenon?

You can catch more of GQ‘s video series here. 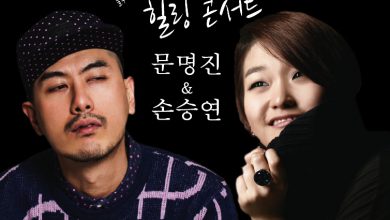