The Star Trek universe is getting a new captain onboard, and Michelle Yeoh is in that seat.

The new trailer for the upcoming CBS series “Star Trek: Discovery” dropped at San Diego’s Comic-Con this past weekend, and fans are excited to see Yeoh take on the role of Captain Philippa Georgiou.

The Chinese Malaysian actress, known for her roles in “Tomorrow Never Dies,” “Crouching Tiger” and “Hidden Dragon,” retains her Malaysian accent in the show’s first-look trailer.

The “Star Trek: Discovery” series is the first series to premiere on CBS All Access and the first “Star Trek” series since “Star Trek: Enterprise” concluded in 2005. The show is set to debut on Sept. 24. 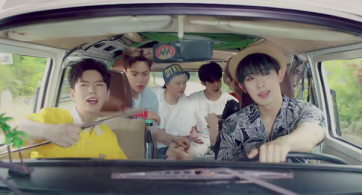 July is almost over, meaning that we’re approaching some of the hottest days of the summer. Kpop is following suit by dropping some their hottest tracks, too! Check out […]