Happy Asian Pacific American Heritage Month, AKA APAHM, AKA one of the most exciting times of the year for our community!

As most of us self-isolate or shelter in place, this year’s APAHM looks a little different than most. Film festivals have been postponed and concerts have been cancelled, but you can still have fun and support fellow AAPIs from home. Whether it’s tuning in to a panel with Asian American filmmakers, or enjoying a live concert from the comfort of your own couch, there are plenty of ways to celebrate APAHM in 2020. Read on to learn about all the fun online opportunities, most of them totally free, that are taking place this May.

Starting May 1, Fuse TV is celebrating APAHM by recognizing four Asian and Pacific Islander individuals through their “Future History” series, which spotlights rising stars who are using their platforms as a force for good. This year, Fuse is honoring multiplatinum hip-hop artist Jay Park, fashion influencer and juvenile justice advocate Wendy Nguyen, activist Varshini Prakash and singer-songwriter Raveena. Make sure to get to know these trailblazers!

While the actual fest has been postponed to an undecided date, Visual Communications is moving at least some of the LAAPFF’s eagerly awaited content to the Internet. In addition to all the films and panels you can join from home, two episodes of the soon-to-premiere PBS documentary series, “Asian Americans,” are also among the projects available for free throughout the month.

Ever wanted to stream all the AAPI-made comedy specials, movies and series in one handy location? For APAHM, Netflix has cataloged all of this content for your viewing ease. The platform’s new section includes more recent content like “The Half of It” and “Ugly Delicious,” as well as older faves like “Master of None.” After all, we’ve got plenty of time on our hands to binge a good show (or three).

Coachella might not be happening until October, but artist collective 88rising is stepping in to bring the concert experience to your house. Featuring a massive, star-studded lineup of Asian musicians from around the world, including beabadoobee, Rich Brian, Inigo Pascual and Yuna, the four-hour live stream event takes place on Wednesday, May 6, starting at 9PM EST. The show will be broadcast via 88rising’s YouTube and Twitter pages, as well as the SiriusXM homepage. And if you needed any other reason to tune in, all donations raised by the event will go to the nonprofit organization Asian Americans Advancing Justice.

Like the LAAPFF, San Francisco’s annual CAAMFest has also been postponed, but much of the content is moving online to keep audiences busy until new dates can be lined up. From May 13 to 22, CAAM is offering more than 20 digital events free to the public, so grab some popcorn and get cozy for a remote viewing party or live performance. 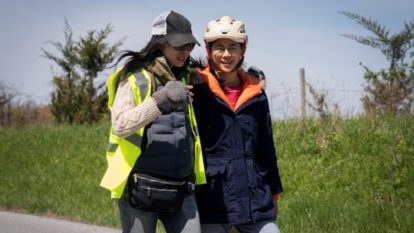 Filmmaker Alice Wu made headlines back in 2004 with her debut feature, “Saving Face.” Despite having what mainstream Hollywood might describe as a niche premise, the movie’s innovative storyline […]