Excited to catch “Awkwafina is Nora from Queens?”

You’re not the only one. Comedy Central announced Tuesday (Jan. 14) that the network has already renewed the show for season two, ahead of its Jan. 22 premiere. The series stars Awkwafina as the titular character Nora Lin, a low-achieving 20-something who lives with her dad (“Law & Order: SVU”’s B.D. Wong) and foul-mouthed grandma (Lori Tan Chinn) in Queens, New York. Guest stars appearing on season one include “Saturday Night Live” comedian Bowen Yang, Natasha Lyonne (“Russian Doll”) and Shang-chi himself, Simu Liu.

“We are in awe of Awkwafina’s creative genius on every level,” said Sarah Babineau and Jonas Larsen, co-heads of original content at Comedy Central. “We could not be more excited to embark on a season two with the entire Lin family in ‘Awkwafina is Nora From Queens.’”

You can watch the first season’s trailer here. 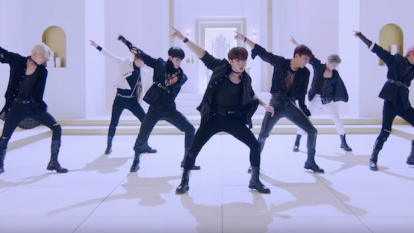 You might want to revise your summer plans, because K-pop group MONSTA X is headed to North America. Their special tour kicks off in June, following the Valentine’s Day […]