It’s no secret.  In Asia, plastic surgery is becoming more and more common.  In fact, double eyelid surgery is so typical that many girls have been known to receive the procedure as a graduation gift.

Aside from these minor procedures, just how far has surgery entered Asian culture?  According to some, surgery has become a very serious ordeal.  Photographer Ji Yeo tried to call attention to the amount of plastic surgery occurring in South Korea by showing the physical cost women endure in “Korea’s beauty-obsessed culture.”

Additionally, more women seem to be willing to go to extreme measures to live up to the high expectation of Asian beauty.  As a result, some have faced the horrifying repercussions of a surgery gone wrong.

Regardless of all this, many remain undaunted by the possible negative side effects. Plastic surgery remains more popular than ever.  There’s Miss Korea who competed in the Miss Universe Pageant in 2013.  Kim Yumi had absolutely no problem admitting her multiple procedures.  Then there’s the woman who was so obsessed with Miranda Kerr‘s looks that she decided to go under the knife in effort to look like the Australian Victoria’s Secret model.

Now, apparently, there’s a Korean television show called “Let’s Beauty.” Asiantown.net claims that the purpose of this show is to “help those with special circumstances or people who are too ugly to feel confident in their life.”  The participant facing “special circumstances” will have their plastic surgery sponsored by the television program and audiences follow along during the transformation.

A pair of twin sisters caught much attention after participating in the show.  After their surgery, both twins look completely unrecognizable from their original self.  Check it out for yourself:

So tell us.  Is this television show going too far or is it simply an entertaining topic?  Watch an episode below. 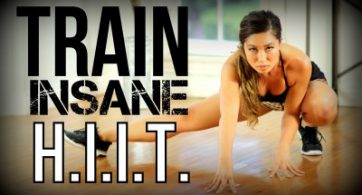