by Elizabeth Eun with reporting by Haewon Asfaw
photographs by Mas Chae, Tada Chae and Eric Sueyoshi
See photos from the red carpet, award show and after hours in our galleries.

Although the night promised a torrential downpour, guests were still decked out to the nines, and no one seemed to feel the chill once inside the colorfully lit, luxurious venue. The red carpet and cocktail reception was packed with celebrities, including R&B singer Ameriie, who came out to present an award to Major League Baseball pitcher Chan Ho Park. “I’m here to celebrate KoreAm’s anniversary, as well as a lot of great people from different walks of life, different areas of entertainment, sports, music, movies and politics. Everyone!”

But although the event was packed with stars, the true luminary of the night was the collective Korean American community. “A night like this, where we celebrate our achievements, is really special,” said blogger Phil Yu of Angry Asian Man (who graced KoreAm’s November cover). “It really shows that Asians have come a long way in sports and entertainment and broadcasting.”

JuJu Chang, the Emmy awardwinning anchorwoman for ABC’s Good Morning America, who was the recipient of the Achievement Award in Journalism, also acknowledged the huge strides that both the community and magazine have made in recent years. “KoreAm gives us all something to strive for,” said Chang. “It lets us keep tabs on who’s doing what in the Korean American community. It’s such a niche magazine, but it really resonates with people like me who read it month to month because it is funny, it is poignant, and it has highs and lows in a lot of different ways. I love to see the achievements and success of my fellow Korean Americans.”

Indeed, KoreAm managed to bring together the members of the community who have supported one another consistently for the past few decades. Guests mingled in the hotel’s Gold Room for cocktail hour, sipping on drinks provided by title sponsor Jinro Hite (natch), sharing stories and taking photos with “Soju Man,” a man dressed up to resemble a green bottle of Korea’s renowned distilled spirit. After the reception, comedian and KoreAm’s resident columnist, Randall Park, hosted the main event, kicking the program off with a bang with his very own rendition of Irving Gordon’s “Unforgettable.” With tongue in cheek, Park sang, “Unforgettable…that’s what Asian Americans are; Asian Americans are superior; The other races are inferior; Never more has a race of people been more…Unforgettable.”

But Park wasn’t the only crooner of the night. Internationally acclaimed hip-hop artist Kero One tore up the stage with guest performer Esna Yoon. R&B singer Heather Park charmed the audience with her beautiful set of pipes. Poreotix, the champions from MTV’s America’s Best Dance Crew (season five), a competitive dance reality television show, blew away the crowd with booty bounces, kicks and spins. And K-pop sensation Brian Joo closed the night with three smooth ditties.

But all eyes were ultimately on the three stars of the night. Even the clatter of diners enjoying a scrumptious prime rib dinner, complete with mouthwatering creamed corn, mashed potatoes and Yorkshire pudding, catered by Lawry’s, put their forks down when this year’s award recipients took the stage. ESPN anchor Michael Kim and journalist Lisa Ling presented the first award of the night, the Achievement Award for Journalism, to JuJu Chang, who, in a heartwarming speech, thanked her family, who was in attendance. “Whether you play baseball or are a hip-hop artist or you work for ESPN or have a show on Oprah’s channel, we are all children of parents who have worked incredibly hard and sacrificed so much so that we can have that future we all dream about.”

Ameriie and mogul skier Toby Dawson, who earned a bronze medal at the 2006 Winter Olympics, presented next trophy, the Achievement Award for Sports, to veteran right-hander Chan Ho Park, the first South Korea born baseball player in the majors. Park, who debuted for the Los Angeles Dodgers in 1994 and pitched in the 2009 World Series for the Philadelphia Phillies, thanked Korean Americans for their unwavering support. “I worked so hard for the past three years to beat [Hideo] Nomo’s record of 123 wins by an Asian pitcher to pitch for [Major League Baseball],” he said. “It took me three years to get the last 10 wins to beat his record. I now have a record of 124 wins.”

Actors Justin Chon and Lindsay Price presented the final prize of the night—the Achievement Award for Entertainment—to the dazzling Grace Park, who is best known for her current role on Hawaii Five-O (CBS) and her past cylon portrayals on the critically acclaimed Battlestar Galactica (Syfy). Park embodied her name as she humbly insisted she didn’t deserve her award and instead chose to acknowledge others. “This room is full of people who have upheld goodness, truth and authenticity, and showed what can be done if you put your will to it,” said Park, who wore a flowing white gown. “There’s so much beauty in this audience. I am so thankful to be a part of it.”

The night also celebrated up-and coming talent in the Korean American community. Throughout the program, the gala screened four of the topvideos from charactermedia.com’s “Krazy K-pop Video Contest.” Guests texted a Verizon-sponsored number to vote and ultimately chose the “One Love” remake as the grand prize winner, awarding Myron Kim and Tommy Suh with $1,000 and a five-night stay at The Shoreham, a luxury boutique hotel in New York City.

When the program ended, guests made their way downstairs to the Bronze Room to officially let loose and down more drinks at the Jinro  Hite sponsored after-hours party. And of course, “Soju Man” ripped the rug in his padded green get-up.

“This event has come a long way,” said KoreAm publisher James Ryu. “It’s an amazing night of reflection and appreciation. We are here to enjoy the accomplishments of our community; we don’t do enough of that. In every sector you see the pioneers who have gone through it all. You have people who’ve made it in music, arts, journalism, entertainment, sports; these are people who have already set a path for others to follow. It’s an inspiring  time. It’s a great time to be a Korean American.” 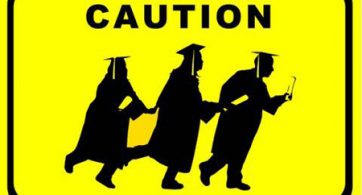 The DREAM Act won an endorsement from U.S. Homeland Security Secretary Janet Napolitano today. She said such a law—which, if passed, would give certain undocumented students a chance to […]