As 2013 inches closer to its end, we can’t help but think of the incredible year that Audrey Magazine has had.

We’ve featured gorgeous and talented women on the cover of our magazine such as Maggie Q, Elodie Yung, Rinko Kikichi, Kristin Kreuk and Priyanka Chopra.

This year has brought us some of our best cover girls yet, but thats not all.  2013 also held our 10th Year Anniversary Issue. This year, we’ve begun some columns we’re rather fond of such as Audrey’s Women of Influence and Haikus with Hotties. And of course, let’s not forget that 2013 is the year we launched our revamped Audrey Magazine website.

2013 has been good to us and what better way to end than by taking part in the esteemed awards gala, Unforgettable. Though traditionally presented solely by KoreAm Journal, this year, Audrey Magazine co-presented the Unforgettable festivities and even presented Janet Yang with the first ever Audrey Woman of Influence Award.

Check out Audrey Magazine & KoreAm Journal’s 2013 Promo Video below (watch it in HD!) and thank you all for a lovely year.

This video was brought to you by WHITE ROSE PRODUCTION. 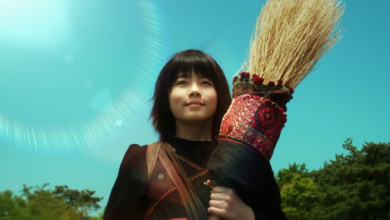 When it was announced that Japan was creating a live-action version of Hayao Miyazaki’s beloved classic, Kiki’s Delivery Service, it seemed as if the world could hardly wait. This news was […]